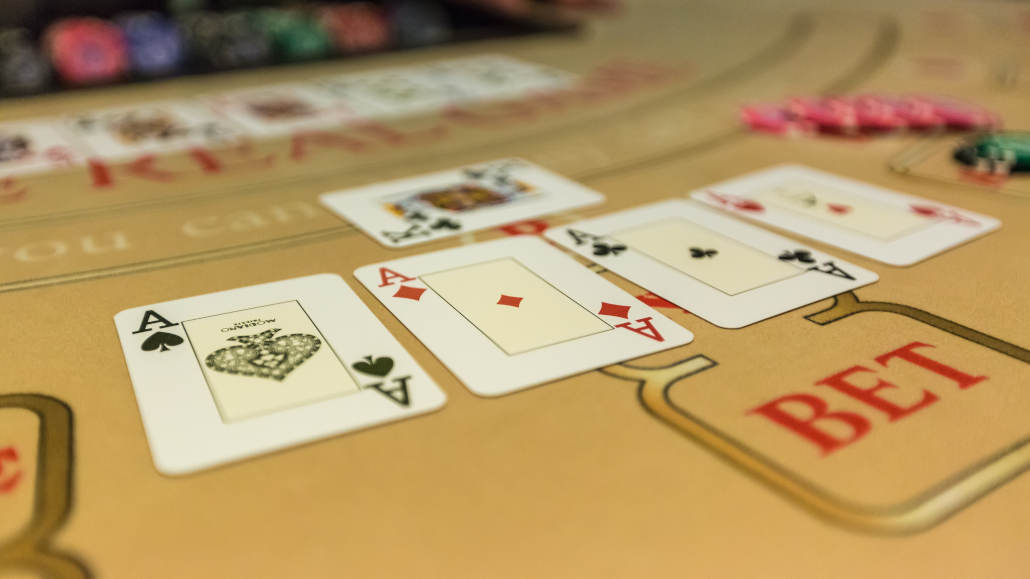 Mississippi Stud is a game you won’t find in every casino, even if you’re playing online. However, in places where this simple poker variation is available, it’s well worth trying out.

This is because it’s not only very enjoyable and exciting but because it offers some amazing payouts if you land one of the top hand combinations.

However, even though the game is pretty uncomplicated, it doesn’t mean that you don’t need to put some time and attention into learning how to play Mississippi Stud.

Moreover, knowing the strength and potential payout of each hand featured in the game can help you make better decisions and be successful at playing this poker variation. On this page, we’ll cover this and much more.

What Is Mississippi Stud?

If you’ve never played this exciting game or never even heard of it before today, the first question you might ask yourself is: what is Mississippi Stud?

Mississippi Stud is a relatively new poker game. It was introduced into the gambling world by Scientific Games, a US corporation that provides gambling products and services.

Mississippi Stud has been around for less than two decades and is a part of the “new generation” of casino games.

Like many other games that have come out in a similar timeline, this game is designed to attract the younger generation of casino enthusiasts looking for simple and streamlined games with easy-to-learn strategies.

Like many other poker variations, such as Caribbean Stud Poker and Pai Gow, it’s a house-banked game.

These games differ from player-banked games in which you’re betting against other poker players for the pot, and the casino just takes a small percentage of the pot to make money by hosting the game.

This means that the gameplay experience differs, but there’s also the element of a house edge, which doesn’t exist in classic poker variations such as Texas Hold’em or Omaha.

But, there’s another twist in the Mississippi Stud rules. Even though it’s a house-banked game, your hands aren’t actually compared to the dealer’s hand to determine whether or not you’re eligible for a payout.

Instead, the hand is compared to the payout table, which we’ll also cover later down the page. In this sense, Mississippi Stud is similar to video poker, as you’ll always get paid if you have one of the featured payout hand combinations. 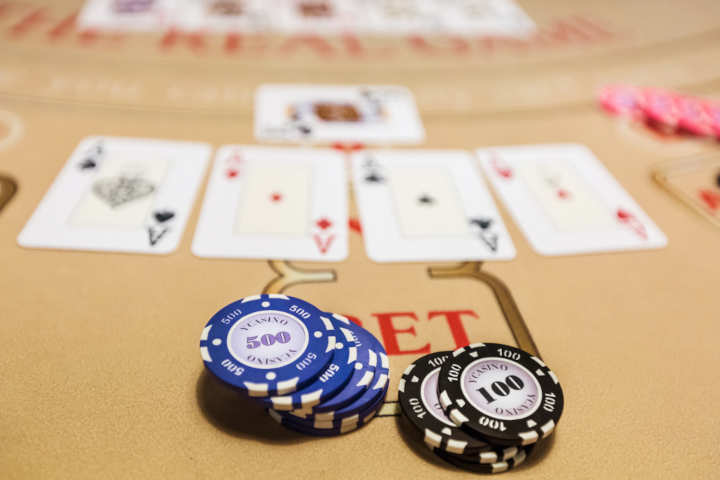 Who Is Mississippi Stud Best For?

Mississippi Stud poker is a great choice for poker and blackjack players who want to enjoy a card game but are looking for a change of pace and simpler rules.

In contrast, it’s probably not the best choice for slot and roulette fans, as you still need to think quite a bit and remember different strategies to maximize your success.

Moreover, this game is generally a poor choice for low rollers. Having a more sizable bankroll is advisable when playing Mississippi Stud, mainly because you want to have the money to go up to nine times the original ante if you have a good hand.

The house edge is a feature in most casino games that helps the house ensure a long-term profit no matter short-term results.

This is a percentage of a bet that the casino can expect to win over a large bet sample. That said, in Mississippi Stud, there’s not only a house edge but the so-called element of risk.

But, with proper strategies, like the ones we’ll share with you on this page, your realistic element of risk over time can be just 1.37%. This makes the game very gambler-friendly in terms of the house edge.

Moreover, the play rate in Mississippi Stud is relatively slow compared to other casino games. In other words, you are betting fewer hands per hour than in other games. Thus, the risk of losing large amounts of money is minimal if playing with the right strategy.

Mississippi Stud is generally a very straightforward game, and most players master it pretty quickly. Moreover, if you’ve ever played any poker variation or blackjack, you will be familiar with many fundamental elements that make up this game. 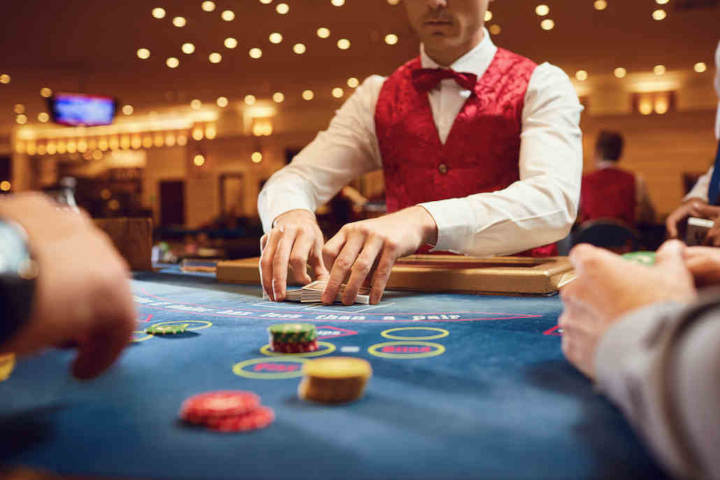 The game’s layout is also pretty similar to most other casino card games. You sit on one side of the table with all of the players while the dealer sits on the opposite side. The rules are easy to remember, as every round unfolds like this:

This is the step-by-step betting process you can always expect when playing Mississippi Stud poker. As you can see from how the games unfold, Mississippi Stud is very similar to video poker. Only it’s played with a live dealer and real physical cards.

Many casino card games have no strategic elements involved and are purely luck-based. Moreover, in some games like baccarat that do involve a slight degree of strategy, the tactical part primarily revolves around the betting system, not the actual in-game decisions.

Poker games differ from this, even simple variations like Mississippi Stud. In this game, you decide whether you want to fold or play and how much you want to bet, basing these decisions on your hand.

To be more precise, any face card or an Ace is worth two points. Cards ranked between 6 and 10 are worth one point. Cards lower than 6 are worth zero points.

With this in mind, you can make certain strategic decisions based on where you are in the hand. To make this a bit clearer, we’ll discuss the best Mississippi Stud optimal strategy for each bet you’ll face in the game:

On 3rd street, you can already determine your hand’s potential to some degree, so you know what decisions you can make depending on your hand’s strength.

For example, if you have a pair, you should raise the maximum for the 3rd street bet, three times the ante.

In case you have a five and a six of the same suit or a card worth two points, you should just bet the ante.

If you have any other hand combination other than the three above, you should fold your hand during this round.

We should highlight that you should avoid making a bet twice the ante. The only two options you should resort to are a three-unit bet if you have a pair or a one-unit bet for the other two above-mentioned combinations. 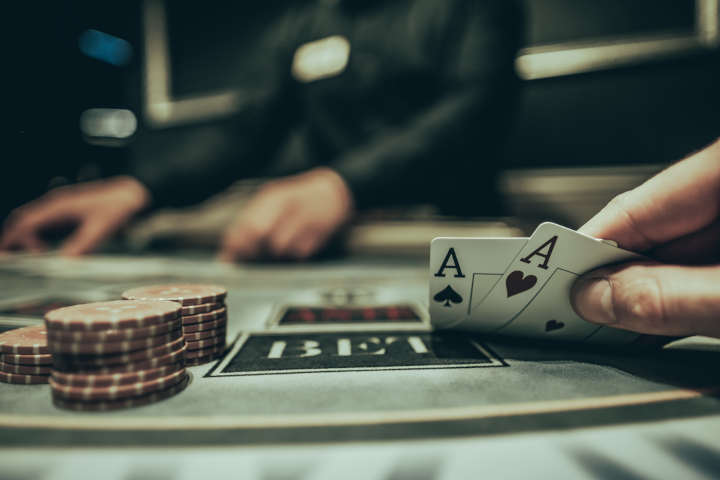 On 4th street, you need to remember more potential decisions depending on the scenario you find yourself in.

That said, you should again avoid betting two times the ante and only stick to betting the ante, betting three times the amount, or folding.

To be more specific, you should primarily bet the size of the ante if you have a flush draw, a small pair, or any three-point hand.

Additionally, you can also bet the size of the ante if you have a straight draw with one gap and two mid-ranked cards or the same combination with no gaps if the lowest card is a four.

On the other hand, if you have any royal flush draw or any pat hand, you should always bet three times the ante.

A pat hand is a hand that’s guaranteed to payout. There’s one additional, more complicated scenario in which you should bet three times the ante.

This is if you have a straight flush with no gaps and a five as the lowest card, one gap, and a high card, or two gaps and two high cards. Lastly, if you have any other hand combination, it’s best just to fold during this round.

The 5th street bet is the last betting round you can wager in. If you make it this far in the game, there’s no sense in folding your hand, as you likely have a fairly substantial amount of money already invested in the hand.

Instead, you should only focus on betting the single unit of the ante or three times the ante, depending on your hand’s strength.

If you have any pat hand, a flush draw, or any outside straight draw, the best strategy is to bet three times the ante.

In contrast, if you have an inside straight draw, a hand worth four points in total, a low pair, or any three mid-ranked cards, you should only place a single unit bet. 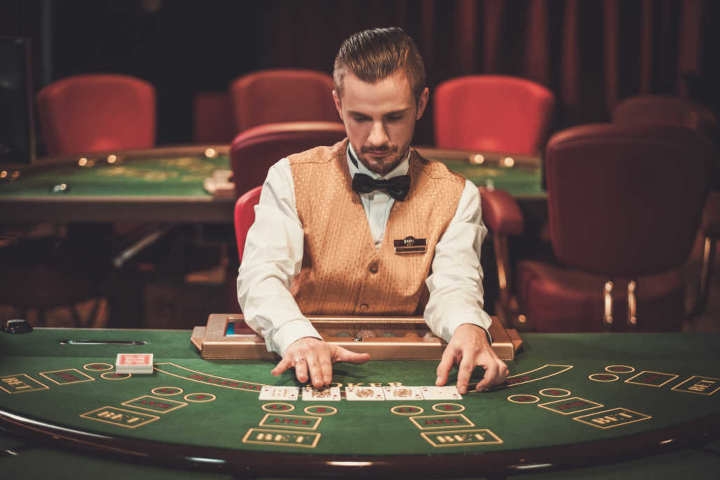 Apart from knowing all of the basic rules and strategies, it’s crucial that you also have a basic understanding of the Mississippi Stud payouts.

The main advantage of this poker variation is that you don’t have to beat the dealer to get paid like you have to in Ultimate Texas Hold’em and other variants.

In Mississippi Stud, all you have to do is make sure you’re in the hand by the end of the game and that you have a good enough hand to get paid, and you can automatically look forward to a payout based on your hand.

Let’s look at the exact payouts for each possible Mississippi Stud hand:

With everything we’ve covered on this page, it’s safe to say that the basics of this game are pretty straightforward.

It will take you a few sessions to grasp the nuances of the game. But, once you start playing Mississippi Stud poker regularly, you’ll have no problems figuring out the best decisions for every situation you find yourself in.

If you remember the rules, strategies, and payouts we’ve shared with you in this Mississippi Stud poker guide, you’re bound to have an enjoyable and profitable experience. All that’s left now is to set your bankroll and start playing Mississippi Stud! 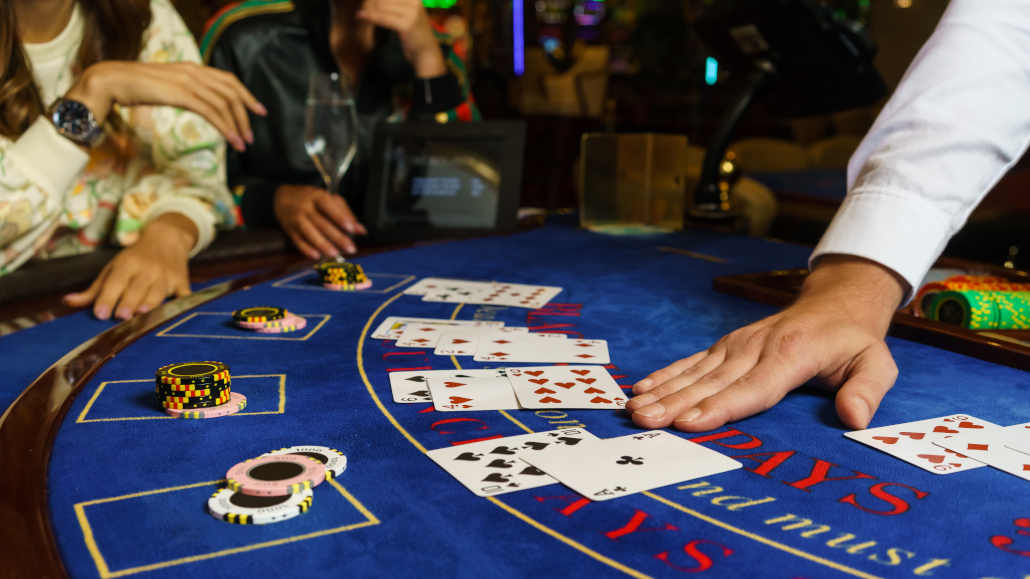 Hi-Lo Card Counting In Blackjack – How Does This System Work?