Blackjack Double Down Strategy – Do You Know How It Works?

If you’ve ever played a blackjack game, you’re probably aware of the move called doubling down. If you haven’t heard of this bet, don’t worry, because we’ll discuss everything about it on this page.

By the end of this article, you’ll master this move and know to determine the best situations to use it for maximum advantage.

What is Double Down in Blackjack?

The double-down bet is one of the best-known blackjack bets. In plain terms, this bet allows you to double your wager, matching the amount of your initial bet. In return, you get one card and one card only. After you have three cards, the round is over for you, and you need to wait to see what the dealer shows.

In essence, it’s a simple move, but one that can be very effective if you know when and how to use it.

Doubling down in blackjack is like adding an extra wager when you determine that you have a winning hand. You’re placing double the money but doing so with some information and tactical insight, as you know the strength of your hand and have some information about the dealer’s hand.

Of course, doubling down in blackjack is still a risk. Remember, the house always has the edge, so double down only when you’re fully committed to it.

If you see a player doubling down frequently, the high chances are that they’re a beginner and not an expert. Doubling down too often is counterproductive and an effective way to quickly lose a significant amount of money. 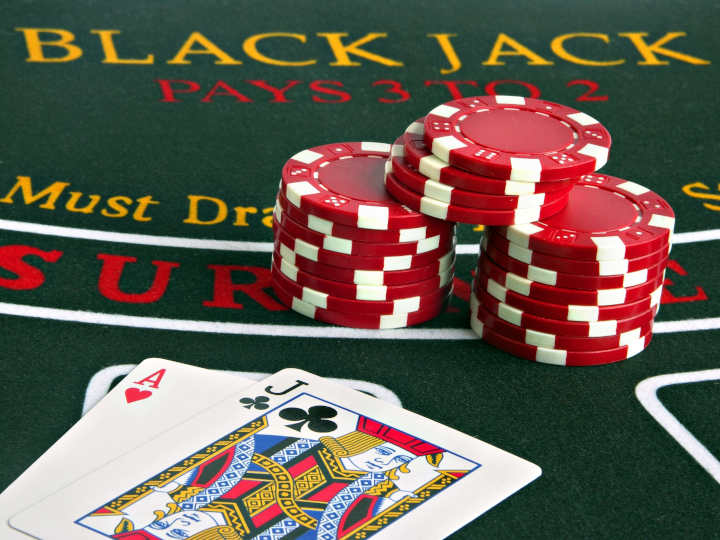 As you know, the internet is filled with fake gambling experts offering misleading information. You can’t know which double-down strategies in blackjack work for you until you actually try them out.

To save you time and money in this tedious process, we’ve filtered out and summed up a handful of the most effective double down blackjack strategies. 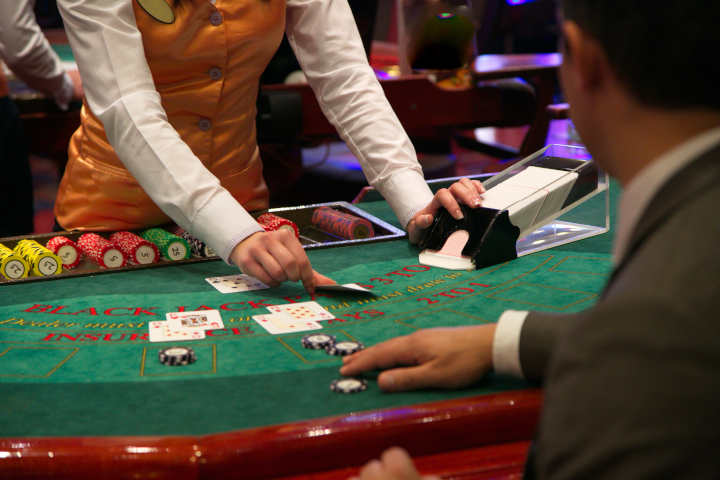 Arguably the most popular situation to double down in blackjack. If your two cards are totaling eleven, you’re in a perfect spot to double down. This is because you’re just one card shy from a blackjack.

Moreover, even if you don’t get a card valued ten points, you’re still safe and in the game, as there’s no possible way you can bust a total of 11.

Opposite to a hard hand, a soft hand is one in which one of your two cards is an Ace. Having a soft hand significantly increases your maneuvering possibilities because your statistical chances are far greater than without an Ace. Your chances of hitting 21 or getting as close to it as possible are good, but again, only double down if the dealer shows a lower card.

With this in mind, if you’re doubling down with a soft 16, 17, or 18, make sure to maintain a strategic approach. Many players become overconfident with this hand when doubling down and unnecessarily lose a hand they could’ve won.

Blackjack Double Down Mistakes to Avoid

Doubling down is undoubtedly one of the coolest and most exciting moves in blackjack. But, overdoing it will only have a detrimental effect. This is why knowing which situations are bad to double down on is equally as important as knowing the best strategies.

This will help you save quite a bit of money in the long run. With this in mind, we want to highlight a few critical situations in which you should always avoid doubling down:

If the Dealer Has an Ace

This should be a given in any situation, even if you’ve never studied blackjack strategies before. Simply put, if the dealer is showing an ace, the last thing you want to do is double down. Regardless of how strong you think your hand is, in this scenario, the winning odds are always in the dealer’s favor to get a blackjack or at least very close to it. 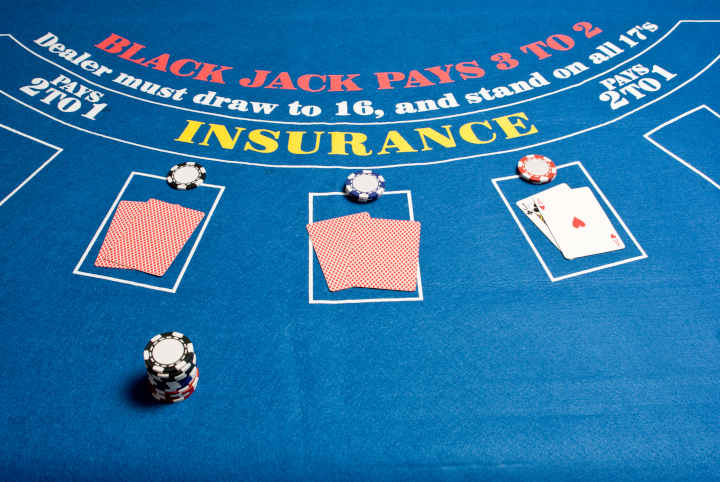 If you Have a Hard Hand Bigger than 11

This is another reasonably obvious situation in which you should avoid doubling down. Unfortunately, many players disregard it in the heat of the moment. So, why shouldn’t you double if you have twelve in total, for example?

Simply put, your chances of busting are far greater than your chances of hitting the right card, like a nine or eight. In this scenario, it’s best to stick with your fairly low-value hand than double down and go bust.

Additional Things to Know Before You Double Down

The best and worst doubling down blackjack decisions aside, you should know many additional things before trying out this move in the game. We’ve boiled down the key things you must know if you want to be effective at doubling down:

Read Through the Casino’s Rules for Doubling Down

Reading about double down in blackjack from home is all good and fine, but issues may pop up when you go to a casino to try out what you’ve learned. This is because some casinos have specific rules on when players can and cannot double down.

For example, some gambling houses only allow you to double down when you’re showing a total of ten or eleven.

Moreover, make sure you know the casino’s policy for the dealer. In other words, whether the dealer hits up to 16 or up to 17. Reading up on the casino’s doubling down rules and blackjack rules, in general, is a great move to make sure you don’t run into any issues or inconveniences when you start playing.

Doubling Down and Hitting

As we’ve highlighted above, you double down on your bet as your next move after receiving the first two cards and checking on them. In most casinos, you won’t be allowed to double down after hitting or hit after doubling down. This is perfectly understandable from the casino’s perspective, as adding either of the two options will shift the edge too much towards the player.

Doubling Down and Splitting

Just like doubling down and hitting, most casinos don’t allow you to mix splitting and doubling down. That said, this is a bit more common than the previous situation, especially if you’re playing online blackjack.

If you can double down after splitting, you’re giving yourself even more winning chances but also doubling your stake. So, make sure to follow the same decision-making process as you would when you’re just doubling down.

How to Signal That You Want to Double Down

Now that you’ve learned the best tips and tricks, as well as things to avoid, there’s only one thing left to learn – how to signal to the dealer that you want to double down. Luckily, this part is very straightforward and easy to remember.

To double down on your bet, all you need to do is push a stack of casino chips next to your original bet for the round.

This is accepted in the vast majority of casinos worldwide. If it doesn’t work in a casino you’re playing at, simply tell the blackjack dealer that you want to double down and point with one finger. 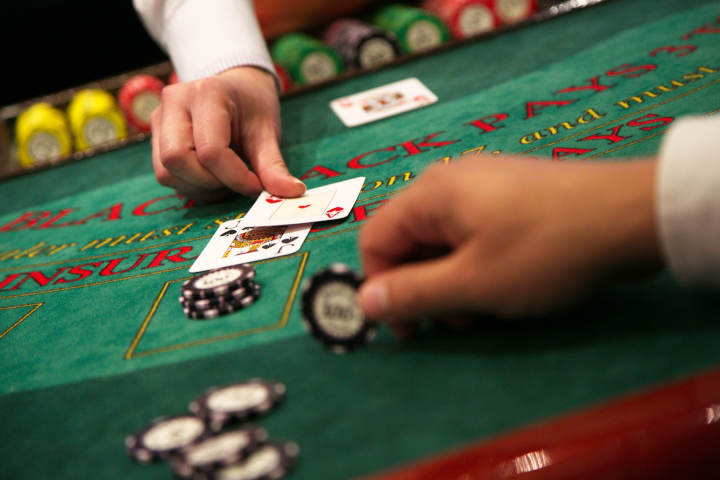 Don’t put the chips on the top of the initial bet. Blackjack dealers dislike this, as it makes it harder for them to determine whether you’ve tampered with the original bet or wagered less money for the double-down bet.

Double Down Blackjack Strategy – Summing It Up

As we’ve discussed on this detailed page, you should know both when and how to double down. While the latter part is fairly easy, remembering when to double down takes a bit of practice.

When you’re playing with real money, you can quickly get carried away and forget the optimal strategies for doubling down in blackjack.

Doubling down should be used responsibly, as it’s not a surefire way of winning. That said, when you use it properly and follow the key strategies, it can be a very successful play to garner stable winnings in the long run.

All in all, with the information you’ve learned on this page, you now know more than most blackjack players when it comes to doubling down. All that’s left now is to put it to the test the next time you play!

Don’t forget the do’s and don’ts we’ve shared with you in this guide, and you’ll certainly have great success doubling down when playing this exciting casino game. 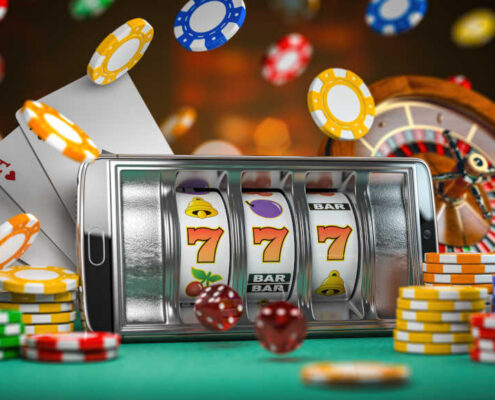 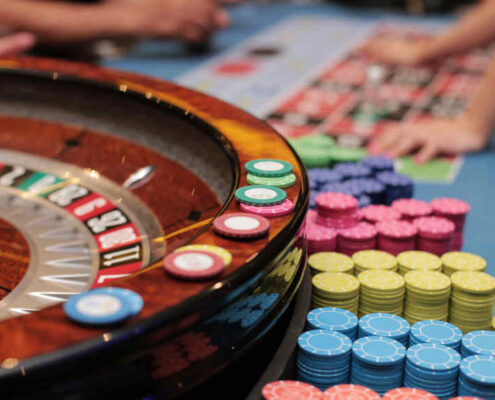 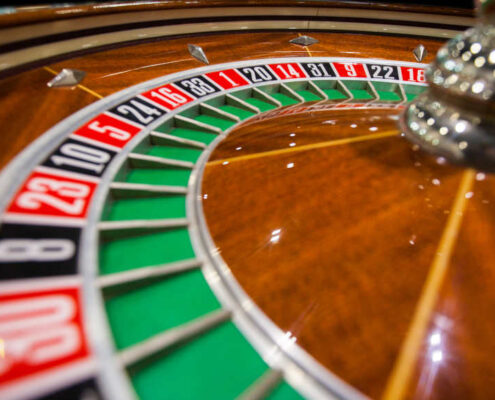 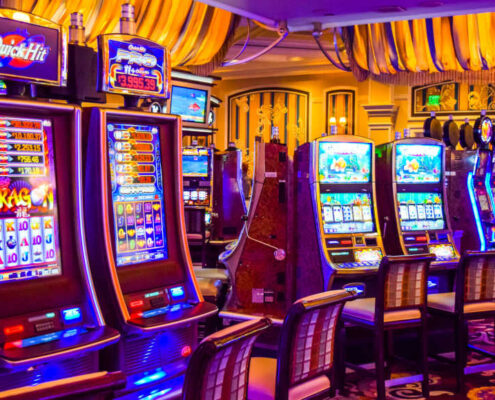 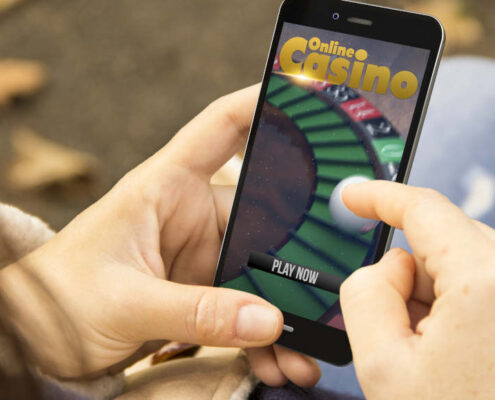 How to Win at the Casino and Can You Increase Your Winning Odds?

Advantage Play Explained – What Is The Difference Between This and Ch...
Scroll to top