Counterfeiting Casino Chips – Can You Get Away With It? 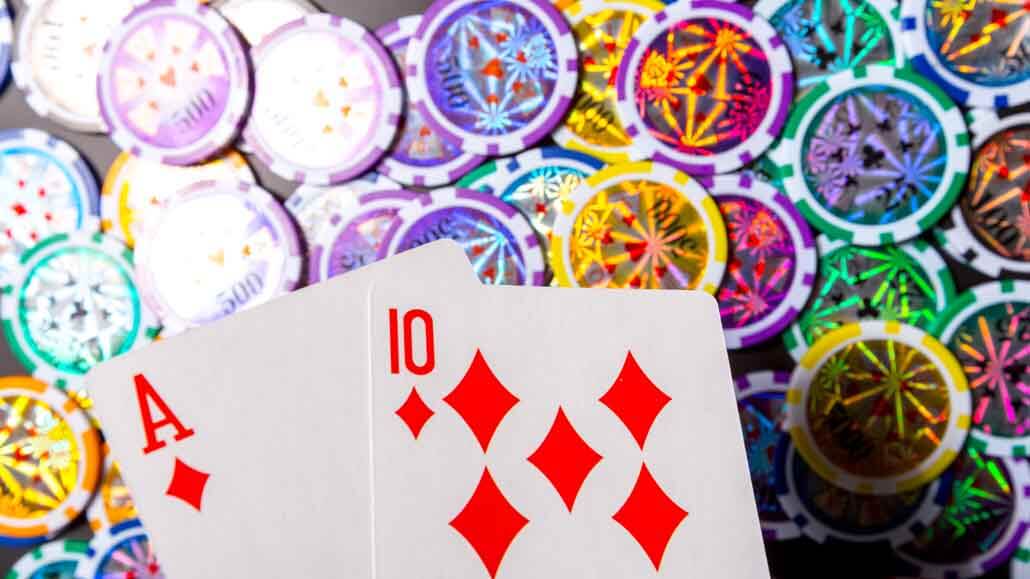 Counterfeiting Casino Chips – Can You Get Away With It?

If there’s something we’ve learned over the years, it’s that people will counterfeit anything of value: money, postage stamps, unique art made by 17th-century painters.

If there’s an original of something worth some money, you can bet someone’s drafting a copy of it.

Since this site is about casino games and gambling, the natural question that comes to mind is: is anyone counterfeiting casino chips? They’re just small puck-shaped pieces seemingly easy to create and not that big you couldn’t smuggle them into the casino.

On this page, we’ll take a closer look at how counterfeit casino chips’ scams work, how common they are, and if you can get away with it in the long run.

In truth, the number of people who do try to pass counterfeit casino chips as real ones is surprisingly high.

There’s no precise information on how many such attempts have been in each casino, but the Nevada Gaming Commission receives around a dozen such complaints each year. 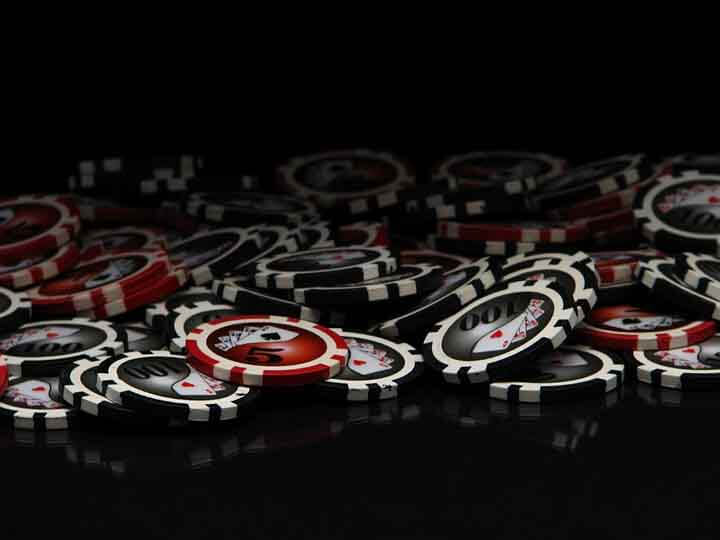 That said, most of these are unskilled attempts in which scammers usually start panicking or quickly get discovered when they try to pass off fake casino chips as real ones.

However, there have been some examples in which players managed to trick the casino once.

But, if you manage to pull it off once, the casino staff will be looking for you the next time you come back.

If you try this scam, you’re practically shutting the door of that particular casino for yourself for good.

Counterfeiting casino chips is a daring attempt not many people have pulled off with success. Even though the perpetrators always get caught in the end, this doesn’t stop some people from still attempting counterfeit chip scams.

Here are some of the most notable examples of such attempts from the past years.

Neo Seow Hua, a delivery man from Singapore, was arrested and put in prison for 32 months for using counterfeit casino chips at the RWS casino in Singapore.

He managed to pass six $500 chips at the baccarat table, only to lose all of them in the game. The scam was discovered the same day, and Neo pleaded guilty, admitting that he had a total of 92 chips made and ready to use.

Back in 2012, Jolanda Michelle Hart faced six counts of possession of fake casino chips because she tried to scam a casino out of just $600 with six counterfeit chips, each worth $100. 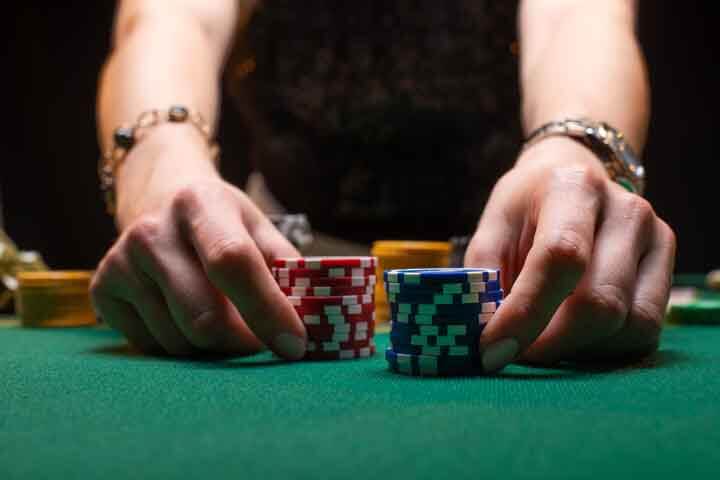 When she went to cash out her fakes, the cashier noticed there was something off about them within seconds. After she was arrested, three more people were apprehended and accused of conspiring to use more counterfeit chips to exchange for cash.

The attempt from Timothy Giardina, a high-ranking US military official, to use counterfeit casino chips in Horseshoe Casino in Council Bluffs goes to show that even those in responsible and high-ranking positions can sometimes slip up.

The investigation revealed that he had altered several $1 chips into $500 chips using adhesive tape and paint. He was found guilty, reverted from vice admiral to rear admiral, and removed from his position as deputy commander at Strategic Command.

So, why aren’t there more counterfeiting attempts? The simple answer is because it’s just not worth it. Passing off fake casino chips as real ones is a felony and can land you in jail for a long time.

So much so that it’s on the same level as theft and burglary, at least in the US, which makes sense, as you’re essentially robbing the casino by exchanging fake chips for real money.

As you could see from some of the famous examples we shared above, these cheaters were all caught in the act.

Even if you have the excess courage and lack the good sense to try such a thing, can you pull off a counterfeit chip scam and get away with it in the long run? In short, the answer is a resounding no, which brings us to the next important part of this topic.

How to Tell if a Casino Chip is Real?

Real casino chips are usually made from ceramic or clay and have exact markings indicating where they are from.

Much like real money is marked by a set number and appropriate visual design, so are casino chips marked by specific design patterns and colors.

This difference was more obvious in the past, but nowadays, most casinos, especially those in Las Vegas, use standard casino chip colors across their blackjack, roulette, and other tables. The color code for casino chips in most venues is the following:

The quality and specific strength of color used for casino chips are more than enough to deter most potential counterfeiters from trying this daring scam.

And, if you can’t determine from the weight of the chip whether it’s real or not, the color is usually a dead giveaway.

As you can tell, if you ever painted anything, even the walls of your home, there are more variations and shades of each color than you can imagine. 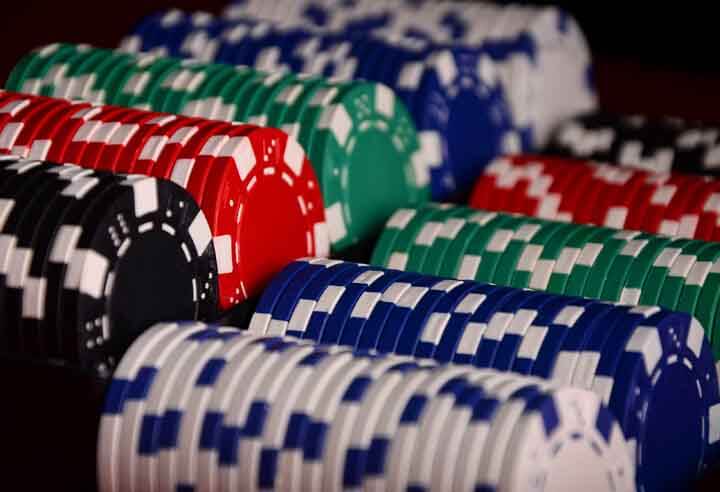 Carrying out a large-scale scam with some of the orange, purple, or black-colored chips is significantly harder nowadays. This is because most casinos keep a detailed count on all of the higher-valued chips. If they notice a discrepancy in numbers, they’ll quickly discover the fake chips.

With that in mind, your only chance of pulling off such a scam is to do it with chips valued at $25. As you can’t smuggle in too many small chips without looking suspicious, you won’t be up for more than a couple of thousand dollars.

These numbers are not quite like something out from a cool casino movie. Plus, you can only do this once because they’ll figure it out eventually, and the casino staff will be on the lookout for you the next time.

Counterfeiting casino chips is a very difficult, not to mention illegal, thing to do. Casino managers put a lot of effort into preventing counterfeit chips from slipping into their houses and specially train their dealers and croupiers to watch out for any such attempts from their customers. 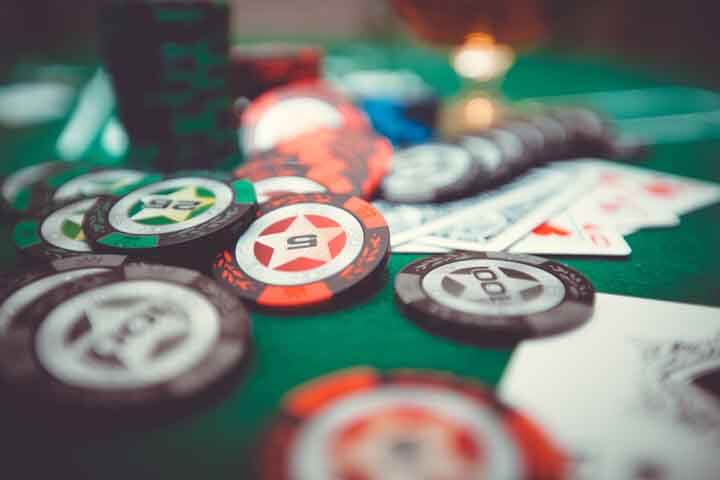 Although it might sound cool and daring to try to counterfeit casino chips, it can be significantly harder than you might think at first. This is because every chip with a specific value must be of the same weight, color, and design.

Not only this, but chips are generally marked with a special invisible ink that the dealer could quickly check under UV rays.

Moreover, in most casinos, higher-valued chips are often tracked by the casinos through special tags embedded in the chips themselves.

If all of this isn’t enough, it’s worth remembering that cheating in casinos nowadays is generally much more complicated than it was before.

Keep in mind that most casinos have intense surveillance covering every corner of their venues. They can keep a close eye on you and your chips to ensure you’re not cashing out more than you should be.

With all of this in mind, we’ll leave you off with a common casino saying – “It’s easier to counterfeit currency than it is to counterfeit poker chips.” This alone should serve as a strong enough deterrent to prevent you from smuggling any fake casino chips ever. 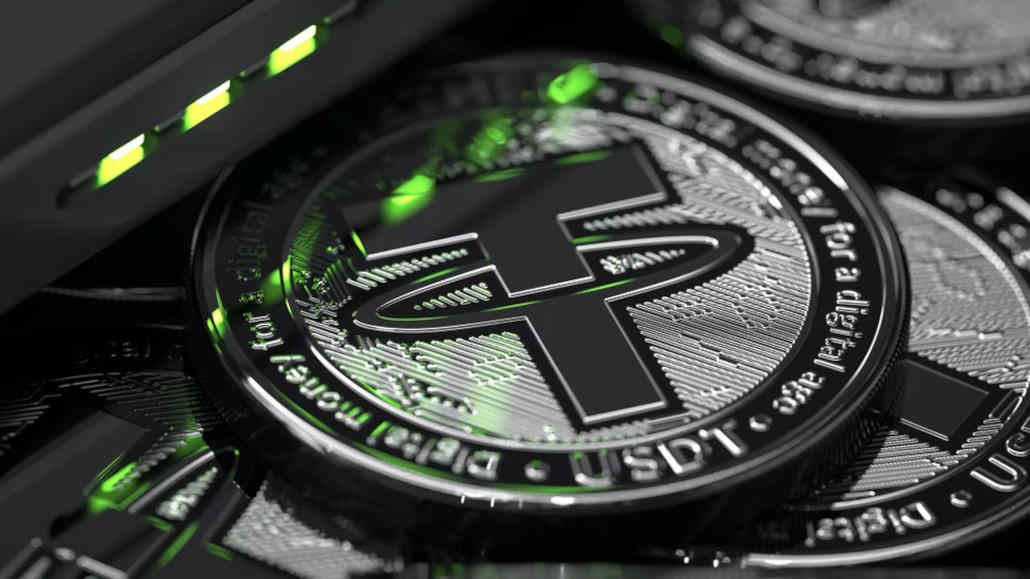 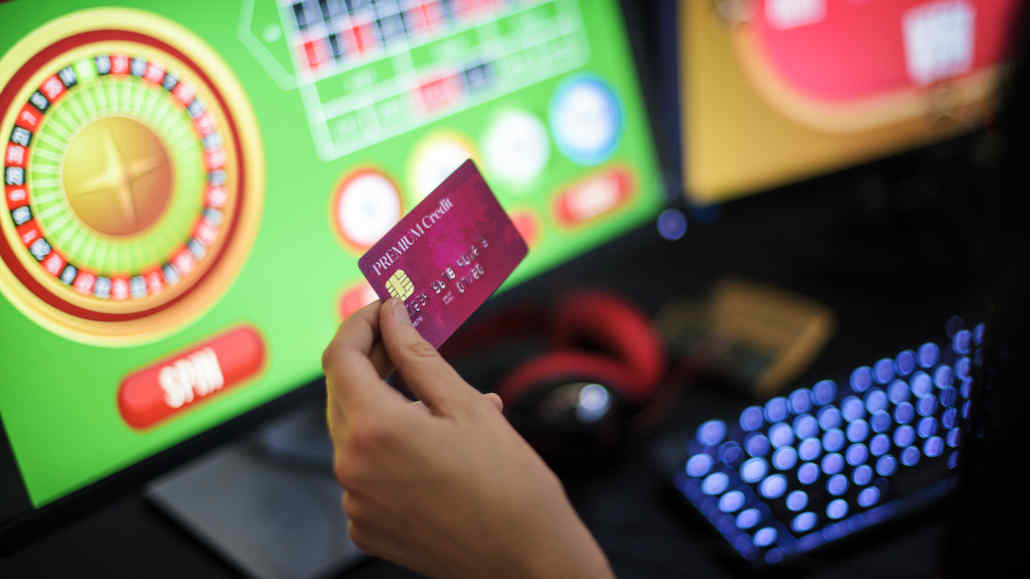 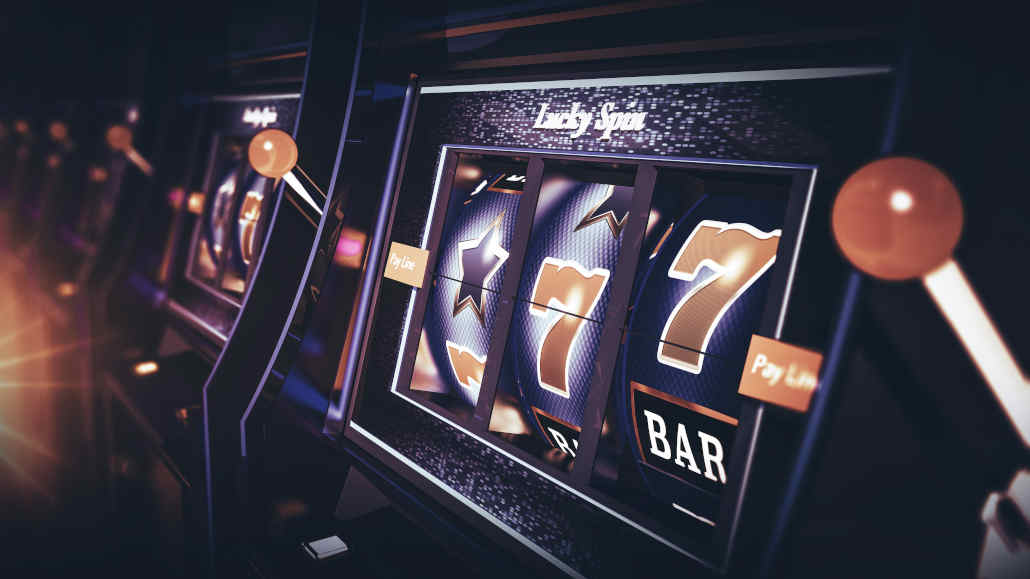 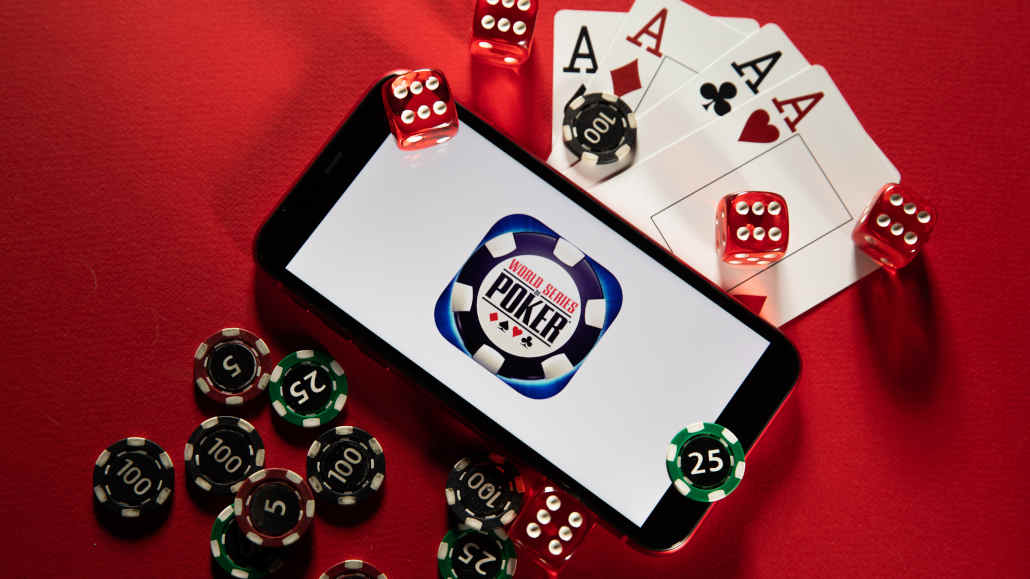 How Popular Is WSOP Worldwide? 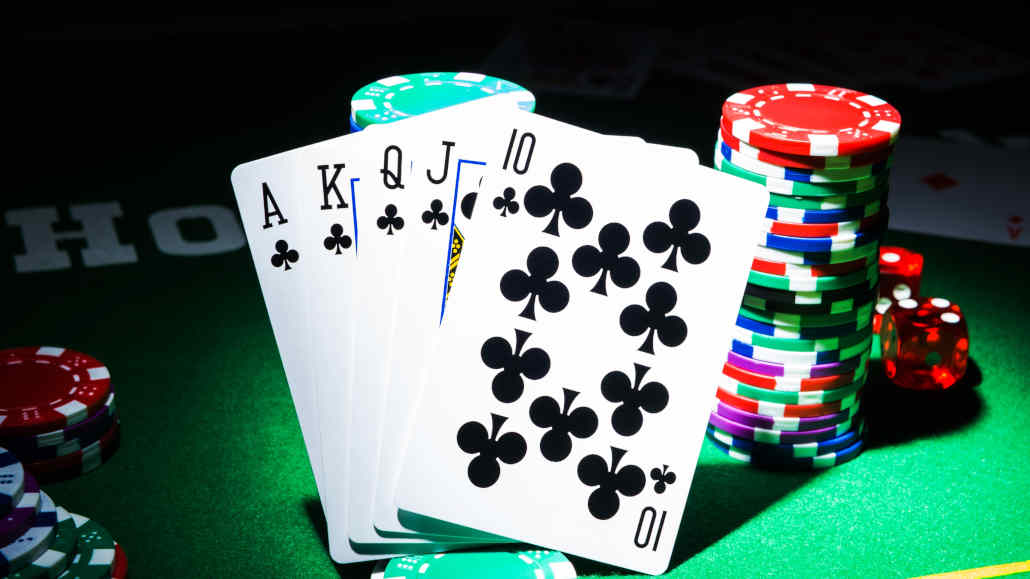 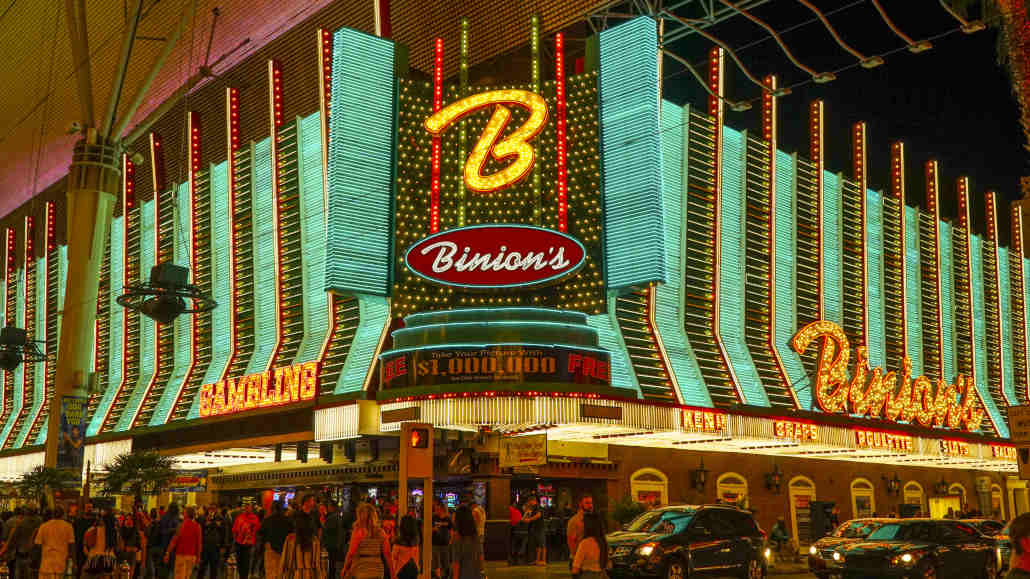