Indian Casinos – Learn How Native American Casinos Operate in the US 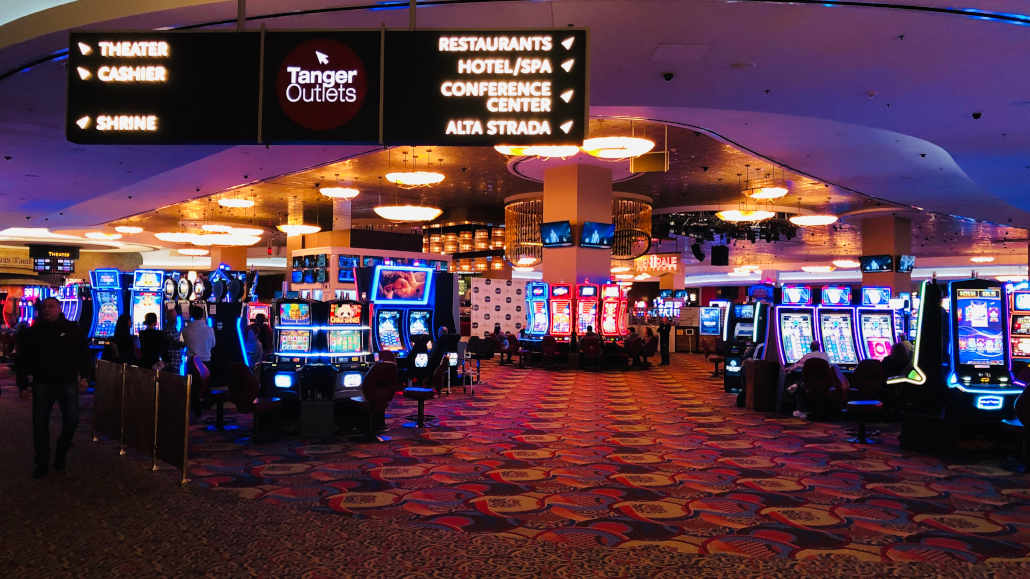 There are hundreds of Native American reservations around the country, many of which heavily rely on gambling revenue to keep their communities afloat.

You can find an Indian casino in almost every US state, with gambling houses ranging from small parlors to gigantic resorts.

So, how do these Native American casinos differ from standard commercial casinos? How are they regulated, and how do they operate? Most importantly, are casino games fair in these gambling houses? Read on to find out everything.

What Is a Native American Casino?

Because Indian tribes in the US have tribal sovereignty, the states these casinos are based in often have limited ability when it comes to regulating gambling activities. 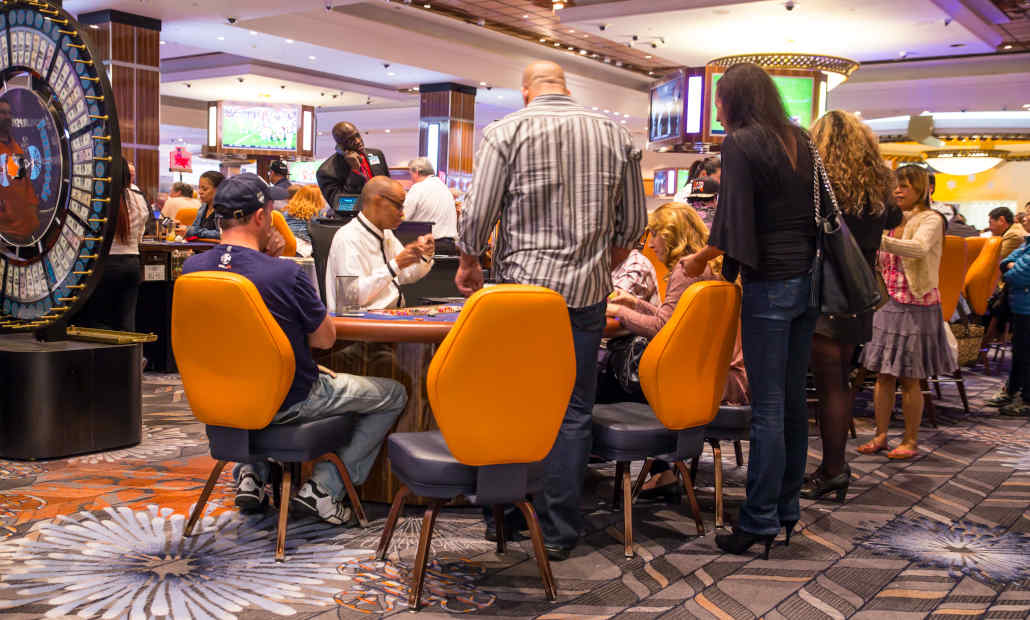 Many Native American casinos use the tribe’s culture to develop a unique brand for the casino. For example, some Indian casinos include cultural displays related to the tribe’s traditions, history, and beliefs.

What’s more, certain Native American casino resorts even feature museums on their premises, so that visitors can learn more about the tribe.

The History of Indian Casinos

As you probably know, the history of Native Americans in the past few centuries has often been more than difficult.

Native Americans have been discriminated against and harassed, and generally treated as unequal members of the American society.

This led to the economic downturn of many Indian tribes, with many cultures being brought to near disappearance.

In an effort to promote economic development and ensure a better life for Native Americans, the US started introducing legislative policies for using gambling to generate profits on tribal lands.

Historically speaking, gambling has played a prominent part in Native American culture and is an integral cultural aspect of many tribes on the continent.

But, in 1988, the government laid out the framework for legal tribal casinos, forming the NIGC (National Indian Gaming Commission).

The NIGC monitors the activities of tribal casinos, and controls and inspects their premises. This organization was established the same year that IGRA (Indian Gaming Regulatory Act) was introduced.

According to the stats provided by the National Indian Gaming Commission, the US has nearly 500 native gambling establishments spread across the country. In total, there are several hundred Native American tribes operating casinos federally. 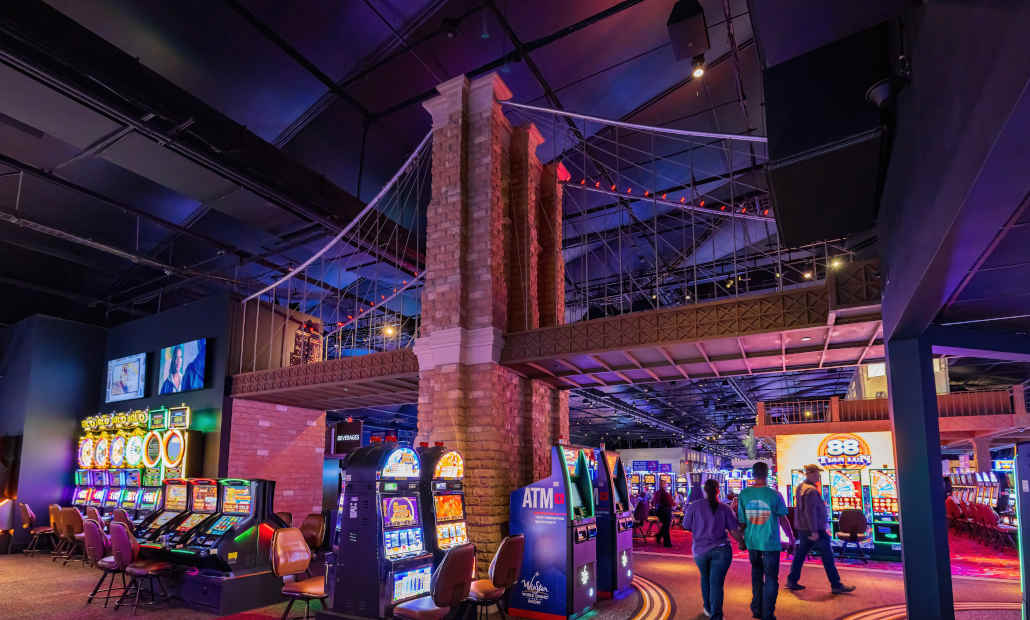 All of these establishments are excellently regulated and classified into three separate groups. Here’s a brief overview of the classification of Indian casinos:

The effects which Native American casinos have had on the local population are heavily debated. Some of the advantages the industry has brought to Native Americans are apparent.

In the last 70 years or so, tribal casinos have helped many Native Americans obtain steady jobs and increase their personal income and net worth.

Many tribal governments have used the income to better the standard of their communities.

That said, these establishments haven’t gone without their fair share of controversies and problems. On a grand scale, only a small percentage of Native American tribes have experienced indisputable economic growth.

How Native American Casinos Differ From Other US Casinos

Depending on which Native American casino you play at, your gambling experience might not be that different than if you were playing in Las Vegas or Atlantic City.

Still, there are some differences between tribal casinos and other commercial casinos in the US. Some are more commonly known, while others might be surprising.

With this in mind, here are a few aspects in which Native American casinos differ from standard US casinos:

Taxes and Their Use

Before the pandemic in 2020, the annual revenue of Native American casinos in the US was over $30 billion. This makes up for a sizable chunk of the overall gambling industry in the country.

What’s more, it’s commonly known that Native American casinos are exempt from paying taxes. The reason for this is that US states aren’t allowed to tax gambling on Native American reservations. 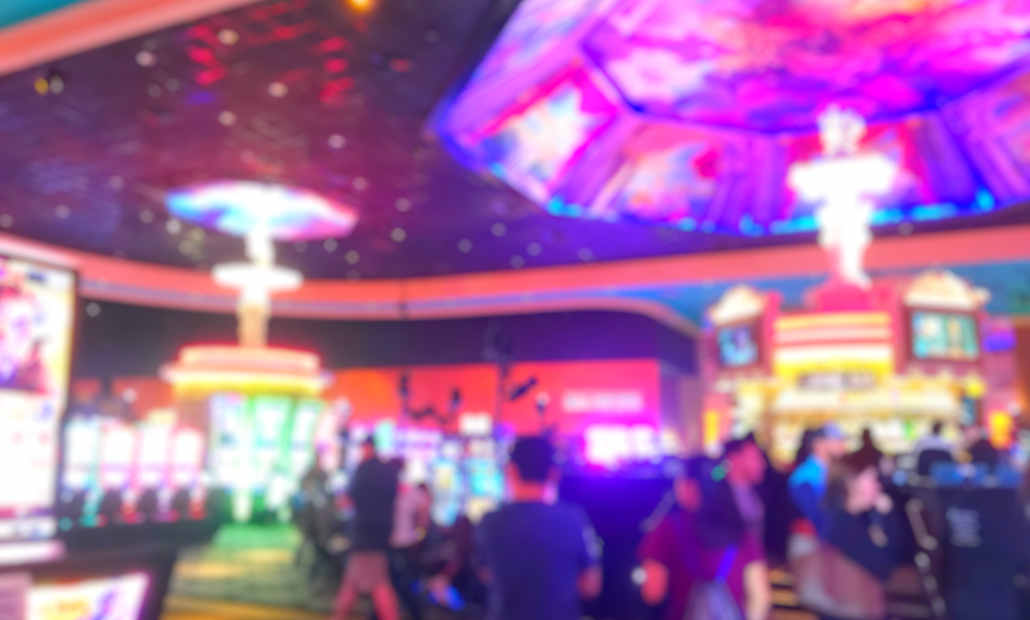 However, this doesn’t mean that Indian casinos don’t pay anything to the state they are based in. Instead of paying tax, Native American casinos often have pre-agreed revenue-sharing deals, paying a certain percentage of their revenue to the government.

Still, this sounds pretty much like paying taxes. But, it’s different from the standard taxes commercial casinos pay, as these agreements precisely regulate where the funds will be allocated to.

This is crucial as it means that Native American casinos can directly have a say in what the funds are used for.

Smart gamblers know that all commercial casinos are in the business of making money. They operate for profits, which are then distributed to the casino owners and various partners.

Of course, some Native American casinos do distribute small portions of the profits to notable tribal members or invest in local businesses and programs. But, most of the money goes into bettering the social standard of the entire tribe.

Moreover, the gigantic tribal casinos like WinStar and Foxwoods are singular examples that earn massive amounts of cash. But, most Native American casinos are generally small parlors that often make just enough money to continue working and paying out the employees.

Every casino has to adhere to certain location and zoning rules in order to operate within the law. For commercial casinos, this mostly relates to things like how far the venue must be from schools or neighborhood districts.

That said, the criteria for a tribal casino are far stricter. To start with, a Native American casino can only operate on tribal land.

There are only a handful of off-reservation tribal casinos in the US and near large urban centers.

There’s one perk of this restriction for Native American casinos. As tribal casinos don’t have to purchase or lease properties, many of them are significantly larger than most commercial casinos.

In fact, some of the biggest casinos and gambling resorts are operated by Native American tribes.

One of the most common perks of playing in a Las Vegas casino are the complimentary drinks you can get as a patron of the venue.

In comparison, Native American casinos don’t offer this option most of the time, even if they have a license to serve liquor. In most cases, you’ll have to buy your drinks when playing in an Indian casino. 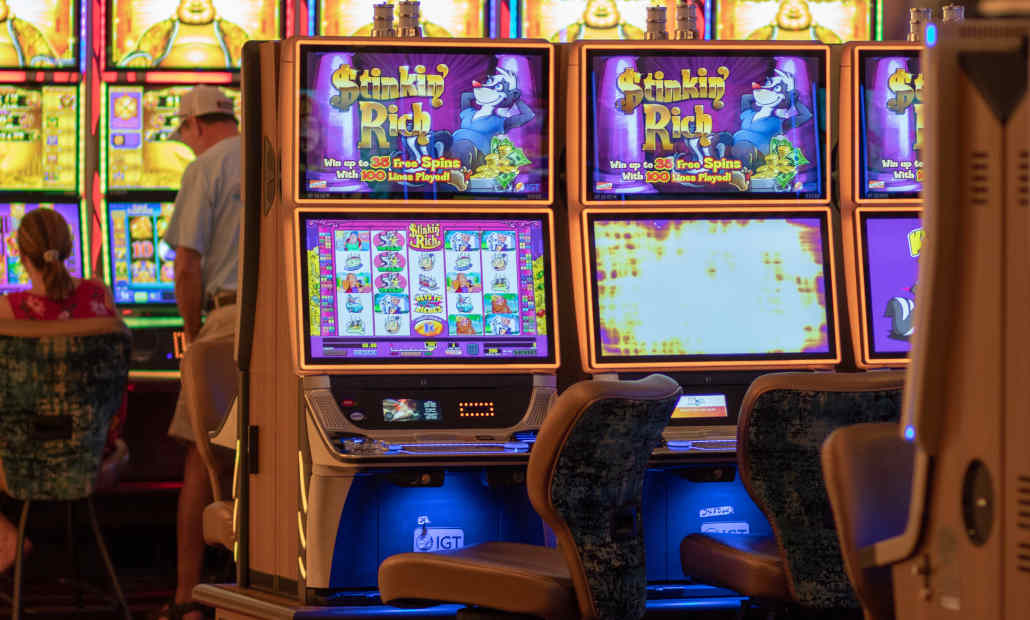 What’s more, many Native American casinos don’t even offer alcohol on their premises. Alcoholism and related problems are widespread among the Indian population.

Because of this, Native American casinos sometimes decide not to offer alcohol to protect their players from its detrimental effects, especially when coupled with gambling.

The Biggest Native American Casinos in the US

With hundreds of Native American casinos all over the US, casino enthusiasts have more than enough options when it comes to exploring Indian casinos.

That said, several tribal casinos stand out as the biggest and most impressive ones. These remarkable venues should definitely be on every gambler’s bucket list. Here’s a short list of the three biggest Native American casinos in the United States: 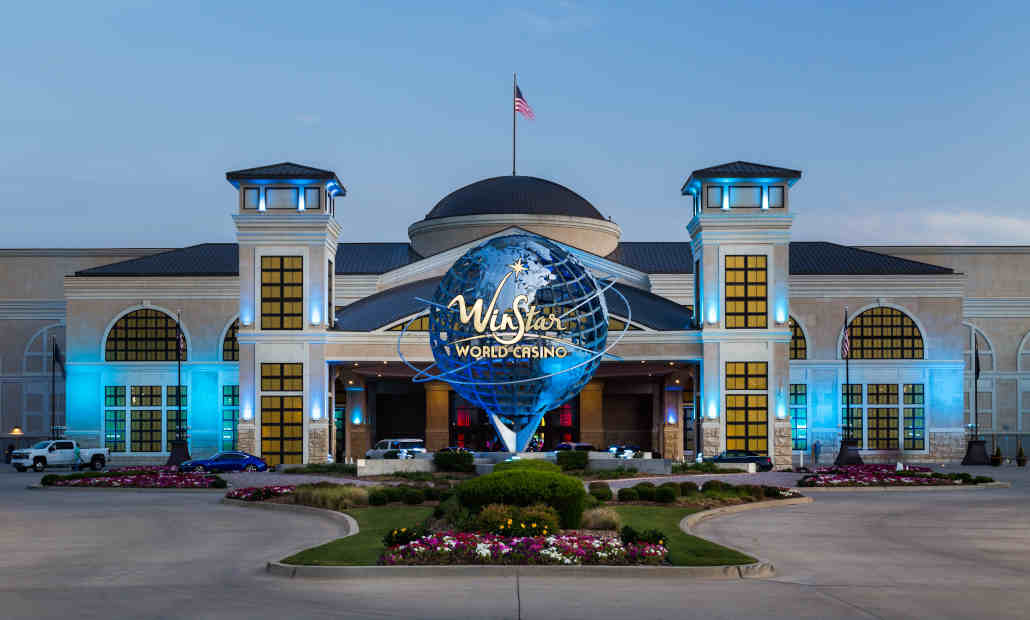 WinStar World Casino and Resort is by far the biggest Native American casino and one of the biggest gaming venues worldwide.

WinStar also delivers numerous options for accommodation. This includes the luxurious WinStar World Casino Hotel, the more budget-friendly Inn at Winstar, and an RV park for those that appreciate more freedom during their stay.

The complex possesses various dining options, a resort pool, a shopping center, and even a full 18-hole golf course. 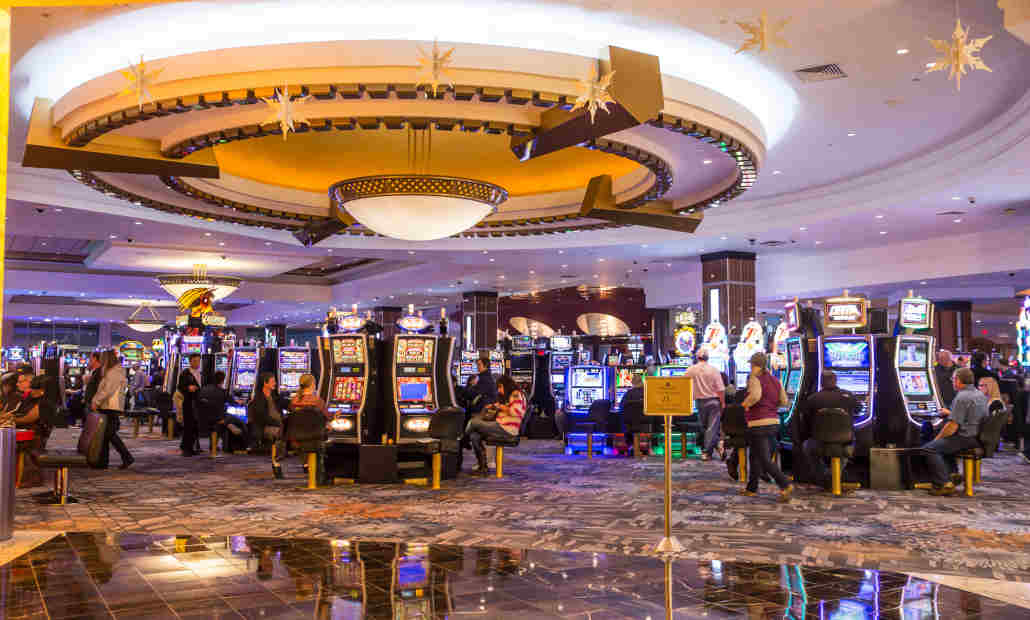 Built in 1986, the Foxwoods hotel and casino complex was the largest Native American casino at the time, later surpassed by the previously mentioned WinStar casino.

Initially, Foxwoods was a bingo hall that later evolved into one of the world’s largest gambling complexes.

It has a massive bingo room numbering over 2,000 seats, over 3,500 slot machines, and hundreds of table games.

The adjacent Grand Pequot Tower includes 23 stories of deluxe hotel rooms and suites. The resort also includes a spa, casual and fine dining restaurants, and a mall with dozens of stores. 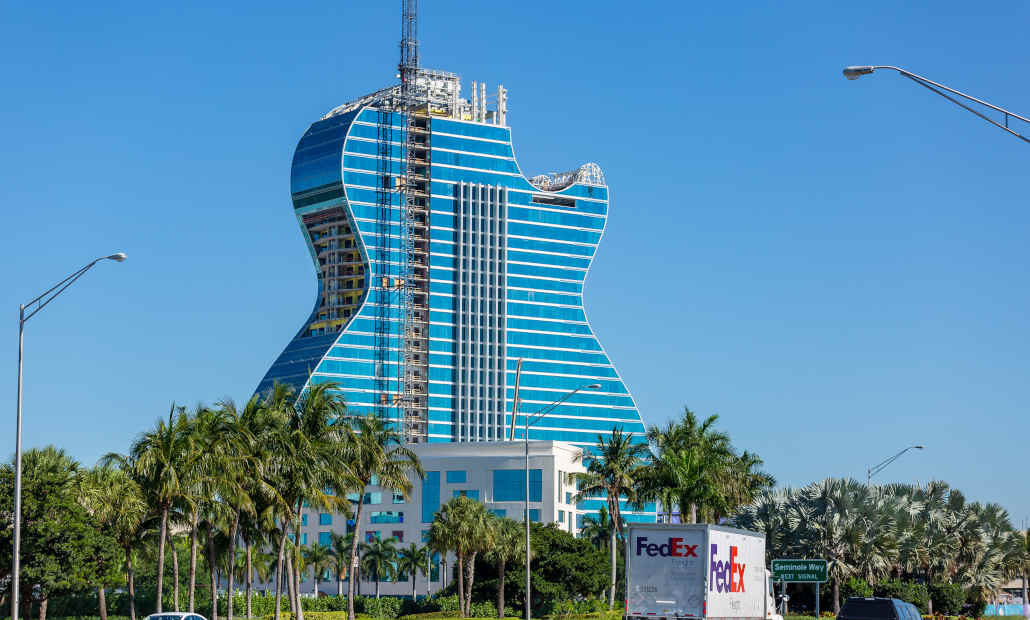 Famously known as The Guitar Hotel, the Seminole Hard Rock Hotel and Casino is one of the most recognizable casinos in the world. Its hotel tower is constructed to look like a vintage Gibson Les Paul guitar.

Seminole Hard Rock Hotel and Casino provides various amenities, ranging from spas and salons to pools. It also includes well over a dozen restaurants and almost equally as many bars and lounges.

Playing in Native American Casinos – An Experience Worth Trying

The majority of Native American casinos don’t differ from the mainstream casinos you can find in Las Vegas. Most of them offer the same types of casino games and a similar atmosphere.

The three casinos we listed are just a few of the most remarkable and noteworthy Native American gambling houses. But, there are still many smaller Native American casinos that will make for a special and unique gambling experience.

This especially goes for places that nurture history and have their halls designed in line with their tradition and culture.

So, regardless of whether you’re traveling to the US or already live there and have a Native American casino nearby, it’s worthwhile to visit such a gambling establishment.

No, Indian casinos are not rigged, as their games also need to be regulated by relevant authorities. The common Indian casino slot machine secrets and myths stem from misconceptions and lack of understanding.

Native American casino games are fair and random, just like games in any commercial US casino.

Having said that, the lack of transparency of Native American casinos compared to commercial ones doesn’t help dispel these beliefs.

Are Native American casinos better than commercial ones?

From a player’s perspective, there’s no right or wrong answer to this question, as it all depends on your criteria. Many tribal casinos don’t differ that much from Las Vegas ones.

On the other hand, you can also find unique Indian casinos heavily branded around the culture, which are definitely worth exploring.

Can an Indian casino only be owned by tribal members?

No, while Native American casinos should be placed on tribal lands, they don’t necessarily have to be run by the tribe itself.

There are several examples where a tribal casino is owned by a US business or even a foreign one. For instance, the famous brand Harrah’s operates several tribal casinos across the country.

What was the first Native American casino ever built?

The first Native American casino was opened by the Seminole Tribe of Florida. More precisely, this was a high-stakes bingo parlor that opened in 1979.

Soon after, many indigenous nations started opening gambling houses. By the end of the 20th century, there were more than 100 Indian casinos across the US.