Screw Your Neighbor Card Game – Have Fun at Home 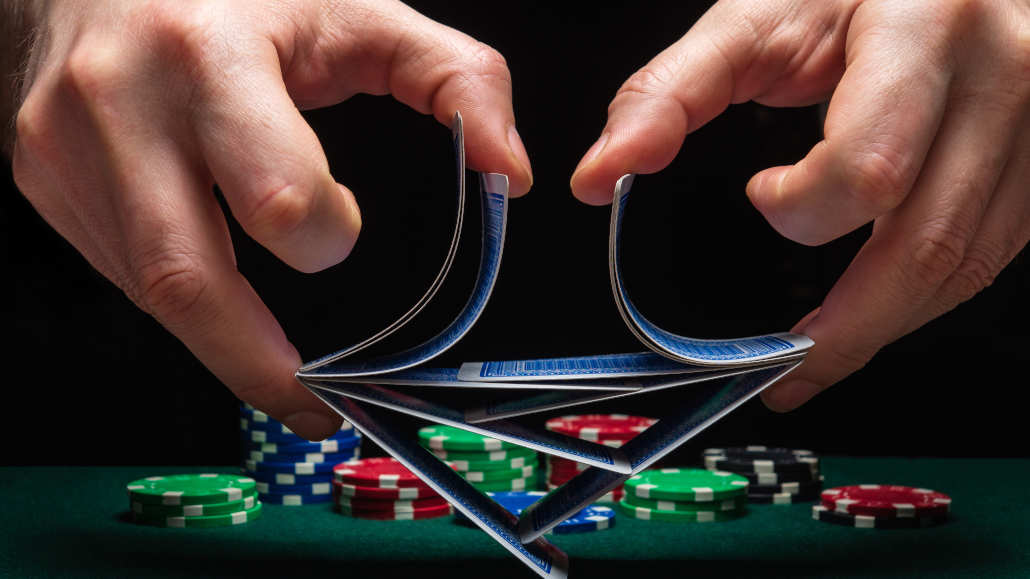 Screw Your Neighbor Card Game – Have Fun at Home

Screw Your Neighbor or more expletively known as “Fuck Your Neighbor” is a popular card game you can play with your friends during a home party.

It’s simple and easy to learn but can be insanely fun.

This is especially true if you and your friends are already into casino games, as the Screw Your Neighbor card game can be an excellent low-stakes betting game to keep everyone entertained.

On this page, we’ll share with you the key steps of how to play Screw Your Neighbor and go over some of the most interesting twists you can employ when playing this game.

What is Screw Your Neighbor?

Screw Your Neighbor is a game known under many names, even the more profane version we’ve mentioned above. It also goes by names like Cuckoo, Trade Game, Ranter-Go-Round, and many others.

No matter under which name you recognize it, if you’ve played this card game, you know that it involves a good deal of logic but also heavily relies on luck and pure chance.

The game draws its roots as early as the 1800s, and some reports suggest that it has been played in Europe since the 17th century.

The Screw Your Neighbor card game is suitable for kids ages six and up, so it can also be a great family game if you keep the rules light and simple.

You can play it anywhere, anytime, as all you need is a deck or two of cards and a few people around you, and you’re good to go.

The game’s objective is pretty simple and easy to remember, but when the game starts, you can expect some twists and turns. This brings us to the main part of the page, learning how to play Screw Your Neighbor.

Screw Your Neighbor Card Game Rules – How to Play It

Screw Your Neighbor is best played with three or more players, although it works even if you play it with only one other person.

The most commonly accepted ranking rule is that the Aces are low and the Kings are high. The main objective is also uncomplicated. You need to make sure you’re not the one holding the lowest card in the game. 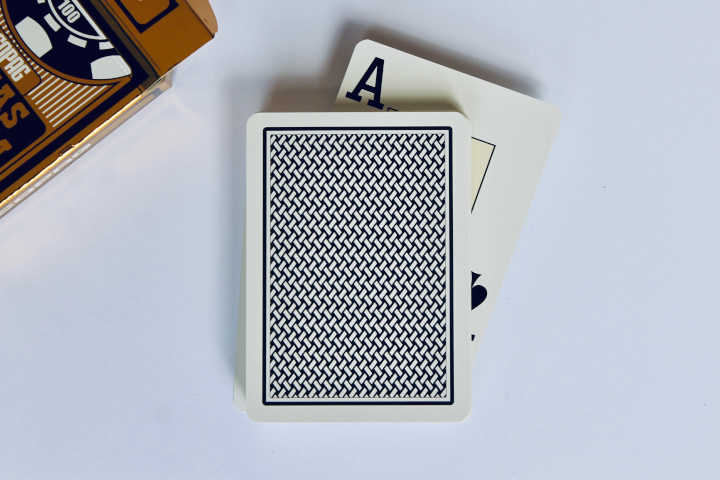 The setup is quick and simple. All players sit to form a circle around the playing area, just like in poker.

Firstly, each player draws a card to determine who will be the dealer. The player that draws the highest-valued card is the dealer.

If there’s a tie, players should redraw their cards. After this, the dealer reshuffles the deck and passes out one face-down card to each player.

You can settle with your card or switch with your neighbor in hopes of getting their higher one and screwing them with your lower-valued card.

But, keep in mind, once you switch, you can’t change your mind.

If you decide to switch, the player on your left side can’t refuse it. After this, the next player gets to choose whether or not they want to switch their card with the player on their left side.

This pattern continues until it reaches the dealer. As the last one to act, the dealer can decide either to keep the card they received or to swap it with the top card on the remaining deck.

After the dealer makes their decision, all players turn over their cards. The player with the lowest valued card losses the game, and the round ends.

Cards are collected and reshuffled, the deck is cut, and the dealer position moves clockwise to the next player before every further round. You can keep score or not, depending on how competitive you want the game to be. 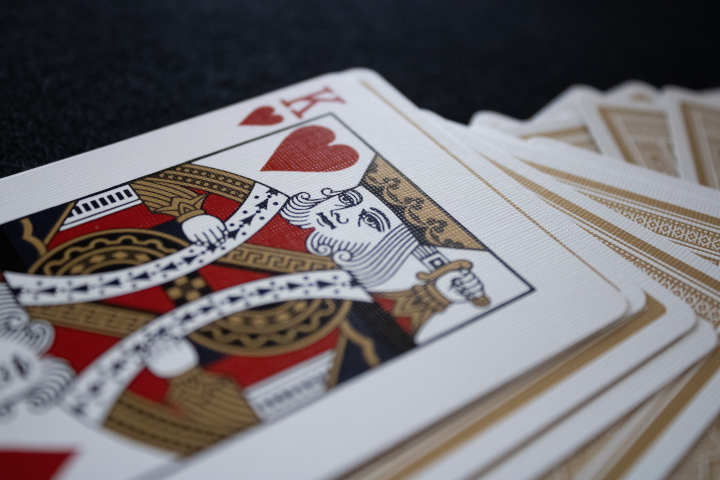 There are a few additional things you should keep in mind. If a player receives a King on the deal, they must flip it over right away. It’s not possible to swap with a King, as it’s the highest card in the game.

So, the player who’s on the right side of the King must keep their original card and can’t switch. Moreover, if the top card in the deck is a King, it also acts as a blocker, so the dealer can’t switch to it.

Just like any other card game in the world, the Screw Your Neighbor card game comes in different variations. But, in this case, as we’re talking about a game that’s primarily played for fun and not profit, the two main variations are:

Besides these two main variations, you can also add additional specific rules. For example, if one player has a King, all others that don’t have it must take a shot.

Or, if a player has an ace, he has to take a drink. If you’re playing more competitively, you can set a rule that the dealer can’t switch their card with the top card in the deck.

These and many other rules you can add along the way make Screw Your Neighbor a very flexible game that will keep you and your friends on the edge of your seats and ensure a fun night.

Best Strategies for Screw Your Neighbor

Although the goal of this game is pure entertainment, if you’re a competitive spirit you probably also want to win as often as possible.

If you’re playing Screw Your Neighbor with just one friend or family member, you’ll have an easier time keeping track of which strategy you should use, but still many possible tactical options to watch for.

With two players in the game, if the first player switches, the second player should understandably switch as well if they got the worse card.

But, if the first player didn’t switch, the second player has more freedom in making their decision.

There are a few simple rules to go by when there are only two players in the game. Don’t worry, these are much simpler than the basic blackjack strategy.

If you’re playing in the first position, you should always switch if you have a 6 or less and always stand if you have an 8 or better. In case you have a 7, you can decide what you want to do but should more often switch than you stand.

If you’re playing in the second position, you should always switch if you have a 7 or lower and always stand if you have a 9 or better. When you have an eight, you can choose what you want to do but should stand more than you switch.

If either you or the other player follows this strategy, you’ll have a winning chance of over 51%. This is not much but does make a difference in the long run. 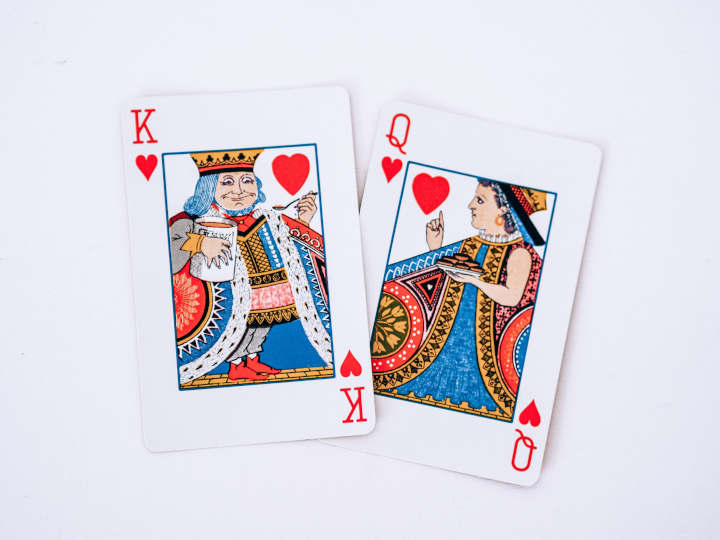 Screw Your Neighbor Strategy with Three or More Players

The Screw Your Neighbor strategy for three or more players is surprisingly more straightforward than the one in the previous example.

The basic principle to keep in mind is that you should always stand if you get a better card than the one you passed back. In the opposite situation, you should always pass your card to the next player unless you’re blocked by his King.

If the first two players stood, the third player should switch if they have a 7 or less.

In the last possible scenario, if the first player switched and the second stood, the third player should switch only if they have a 5 or less.

Summing it Up – A Perfect Party Card Game!

Screw Your Neighbor is a simple game suitable for a wide range of ages, depending on how you choose to play it.

It has simple gameplay and is easy to learn within minutes.  Moreover, with everything we’ve shared with you on this page, you now know more than most fans of this game.

And, if you remember the strategies we’ve discussed above, you can make sure you’re always making the optimal strategy decisions, regardless of whether you’re playing it for fun or with real money at stake.

But, with a fun and casual card game like this one, just remember to enjoy and make the most of the time you spend playing it with your close ones.

Because, in all of its features, Screw Your Neighbor is a perfect party game you can play anywhere, anytime you want.