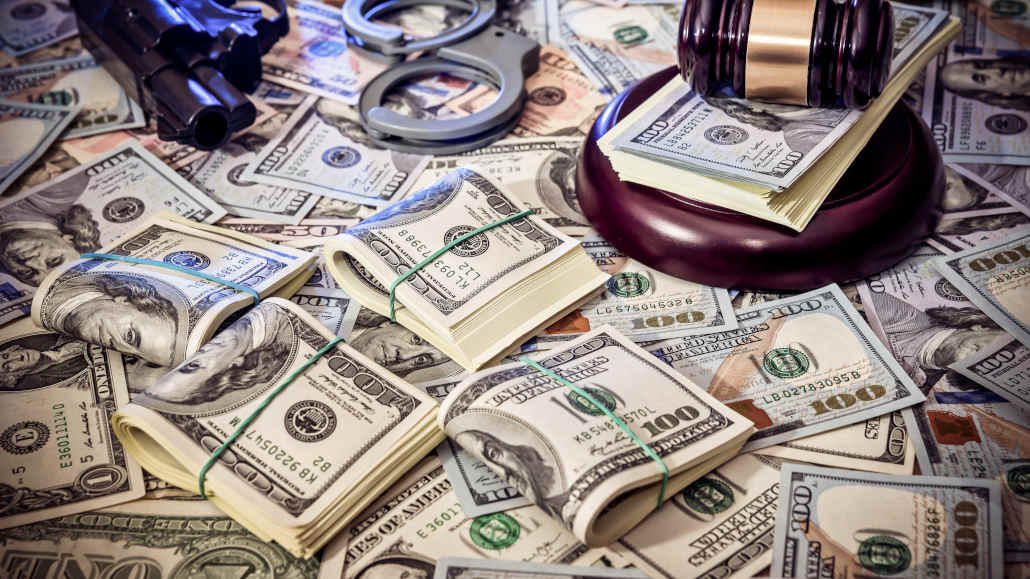 Casino robberies have been the subject of countless Hollywood movies. Some were good, some were bad, and some were more like sci-fi movies.

However, some of the heists from these movies are more similar to the biggest real-life casino robberies than you would imagine.

Our list of casino heists features everything from Hollywood-like robberies to simple heists that probably wouldn’t work in the local 7-Eleven.

As you might imagine, most of the casino heists on our list took place in the casino capital of the world, Las Vegas, and this casino robbery is no different.

The target of this Las Vegas heist was the Mandalay Bay Casino, more accurately, the casino’s change booth.

In 2005 two masked robbers began the robbery with warning shots (hi Hollywood) and took the money after the casino employees lay on the floor.

They then got into the getaway car that was parked just in front of the casino and went in an unknown direction.

The Mandalay Bay Casino never disclosed how much money the armed men took or how they pulled off the heist.

Because of this, the public and the media speculated that it was a large amount that would probably bring embarrassment to the casino if it got out.

Likewise, no information about the apprehension of the perpetrators was disclosed, which leads to believe that they were never caught.

In 2000, Oscar Cisneros, who was 23 at the time, and Jose Manuel Vigoa, aged 40, carried one of the boldest real-life heists in Las Vegas history.

The duo entered the Bellagio casino carrying firearms while wearing body armor and Kevlar and took over $160,000 in cash and chips from the counter in what will later be known as the Bellagio Cash Cage robbery.

Although shots were fired, no one was injured during the robbery.

What was even more bizarre is that Vigoa, who was a wanted man for several previous armed robberies at the time, didn’t even wear a mask during the incident. 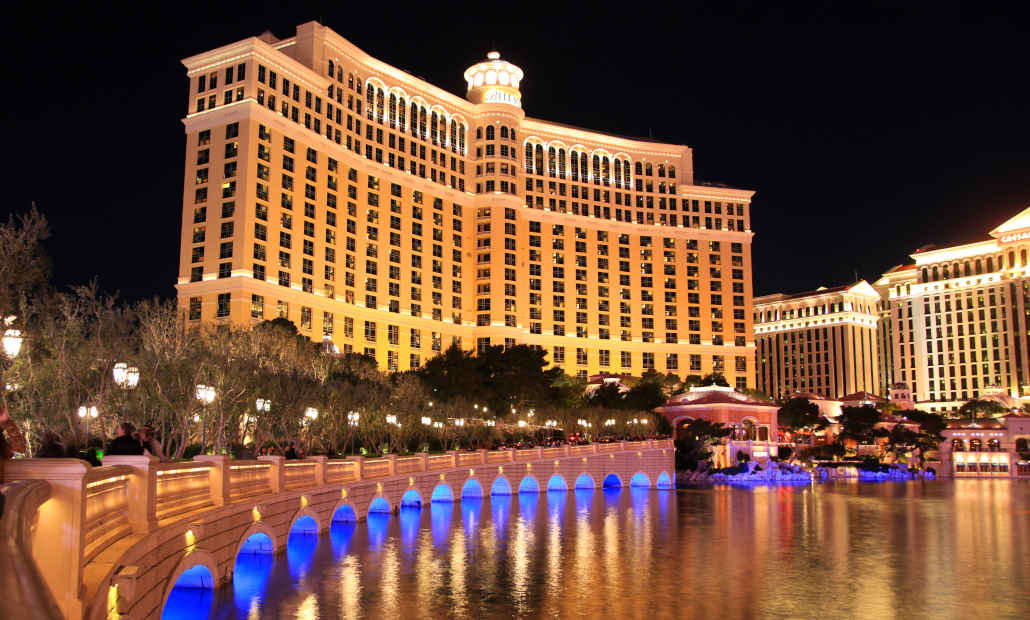 Thanks to this, it took the police only half an hour to find and apprehend both men. The duo was held in the Clark County Detention Center awaiting trial when Oscar Cisneros took his own life by hanging.

Jose Vigoa was charged for the Bellagio heist along with multiple previous casino robberies as well as two murders of police officers. He pleaded guilty and received 4 no-parole life sentences.

After this bold robbery, many Las Vegas establishments increased security around their cashier areas to discourage similar attempts in the future.

The next casino heist might be the easiest Las Vegas heist of all time, or at least that’s how it sounds.

Back in 1992, William John Brennan from Pennsylvania worked as an employee in the now-demolished Stardust casino until one day, he decided to walk away with half of a million dollars’ worth of money and casino chips.

This landed Brenan on the most wanted list, but he was never caught, and the money was never found.

During the investigation, other Stardust employees described him as neat and respectable and someone who kept to himself.

To this day, this Las Vegas casino robbery remains one of the weirdest and smartest in history.

The above-mentioned heist comes as an even bigger surprise if we consider that only one year earlier, the Stardust Casino was the target of two more heists.

The first of the two casino heists took place early in 1991 when again, one of the Stardust employees, this time a security guard Royal Harper robbed the casino of $150,000 with the help of his two sons.

However, this wouldn’t be the last time the Harpers tried to take advantage of the Stardust, as only 6 months later, they struck again. 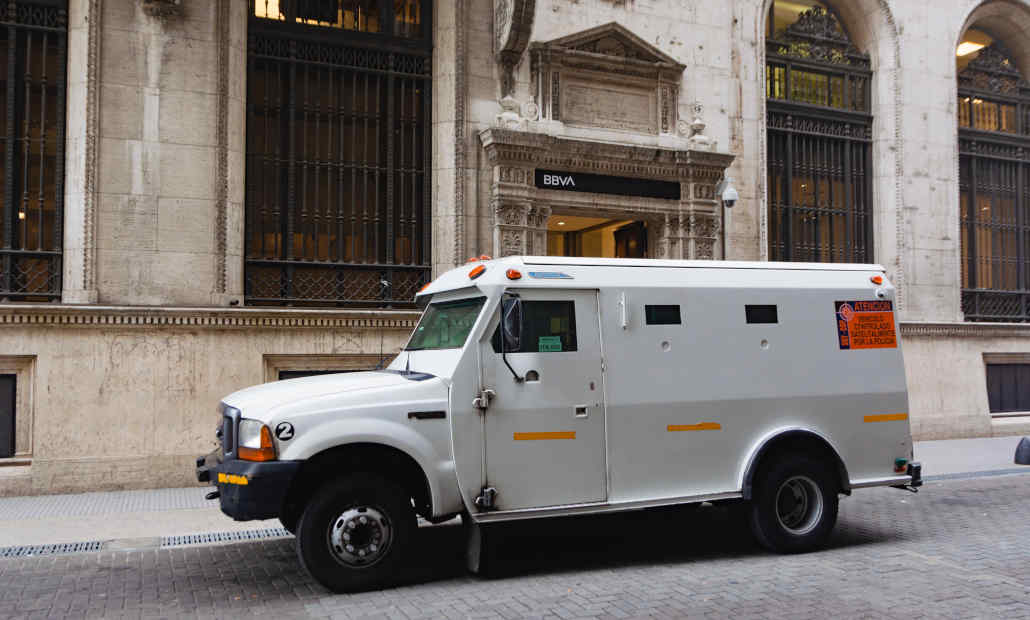 This time the trio attacked a security guard with smoke bombs before they rode out in an armored vehicle with $1.1 million.

After the casino robbery, the trio was caught. Sometime after he was arrested, Jeffrey Hopper, one of the robbers, became a pastor and turned his life around.

The casino heist that took place at the Soboba Casino in San Jacinto, California, was, like many others, an inside job.

In 2007, Rolando Luda Ramos, who was 25 years old at the time, worked as a surveillance technician in the casino owned by the Soboba Band of Luiseno Indians.

One day while he was alone in the room with one of his coworkers, he overpowered the man using a gun and took $1.58M from the vault.

Ramos then took off with his partner Eric Aguilera, who drove the getaway car.

After a two-day-long search, both the technician and his partner were found and apprehended at the Los Angeles International Airport.

After they were arrested, the men disclosed where the money was, after which $1.4 million was recovered.

A total of four suspects were charged in connection with the robbery.

Apart from Ramos and Aguilera, charges were made against Ricky Aban, who helped the duo while they were on the run, and Sonya Marie Boyorquez, who was Aguilera’s girlfriend at the time of the robbery.

In 2010, one of, if not the most famous Las Vegas casino heists, was performed by Anthony Michael Carleo.

Carleo was armed with a gun and wore a motorcycle helmet when he stole $1.5M from the Bellagio, earning himself the nickname “Biker Bandit.”

The Biker Bandit drove to the casino on a stolen motorcycle and proceeded to threaten dealers at the craps tables to give him the casino chips. He successfully took the money and disappeared.

Although Carleo’s heist was a success, he didn’t know how to cash in the chips later.

He first started selling them online, and after that, he decided to gamble with them. This turned out to be a big mistake, as he was arrested while trying to sell the stolen chips to an undercover police officer.

During his trial, it was revealed that he also stole $20,000 worth of chips from another casino the same way just five days before the Bellagio heist.

In 2011 he was found guilty for both Las Vegas heists and was sentenced to 9 to 27 years in prison.

Ritz Casino in London was the scene of one of the strangest gambling incidents in history. In 2004, three accomplices (two Serbian men and one Hungarian female) played roulette and won $1.7M in 48 hours.

Because of the large amount in question, an investigation that would go on for 9 months began.

During the investigation, the police found out that the three accomplices used laser devices to make calculations of where the ball would land. 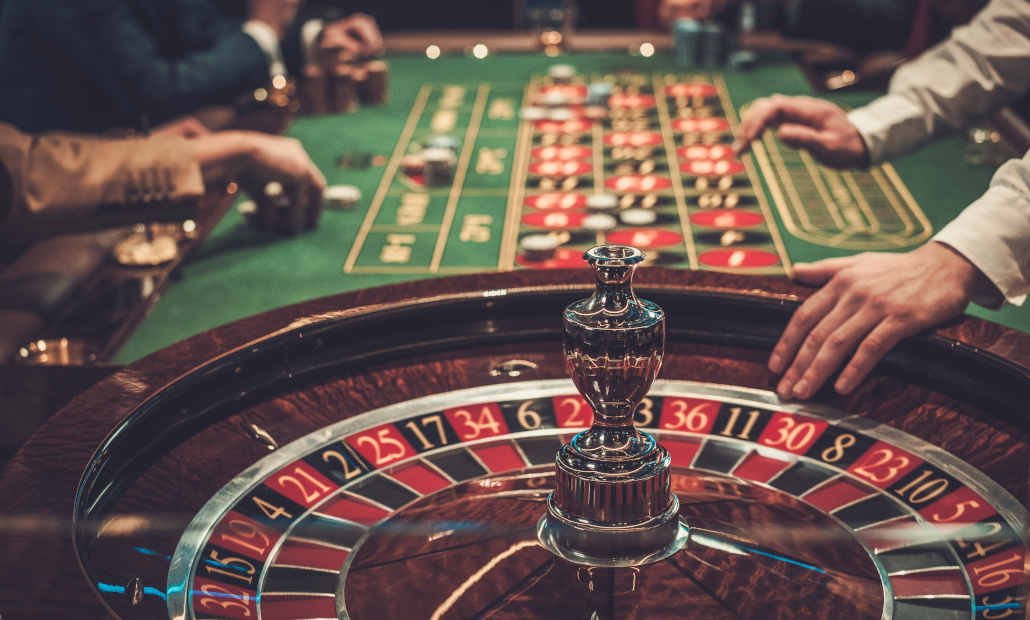 The device allowed them to analyze the wheel and predict the outcomes in real-time through phones and computers they had connected.

However, the biggest twist came after the judge’s ruling when all three players were released as the judge didn’t consider their strategy illegal. After the ruling, they were allowed to take their winnings home.

The biggest heist in Las Vegas history took place in front of the Circus Casino in 1993 when Heather Tallchief stole $3M.

Tallchief and her boyfriend Roberto Solis, who was a convicted murderer, created a plan to take advantage of the fact that she was working as a security guard in an armored vehicle that transported money for Casino ATMs.

On one of their routine transports, Tallchief waited for the two other guards to get out of the vehicle, and she drove away with $3 million in cash.

She was on the run until 2005 when she decided to go to the police because she didn’t want to live on the run anymore.

It turns out that she received only $1,000 as compensation from Solis, who remains a fugitive to this day. Tallchief received five years in jail after she turned herself out and is now a free woman.

You will be quite surprised to learn that the biggest casino heist in history didn’t take place in Las Vegas.

But what is even more surprising is the fact that the heist wasn’t even reported to authorities.

In 2013, James Manning, a New Zealand businessman, was invited to the Crown Casino in Perth.

Since he was a regular and a high roller, Manning and his family received accommodation from the casino during their visit.

Manning himself was escorted by one of the Crown Casino VIP managers during his stay in the high roller room. 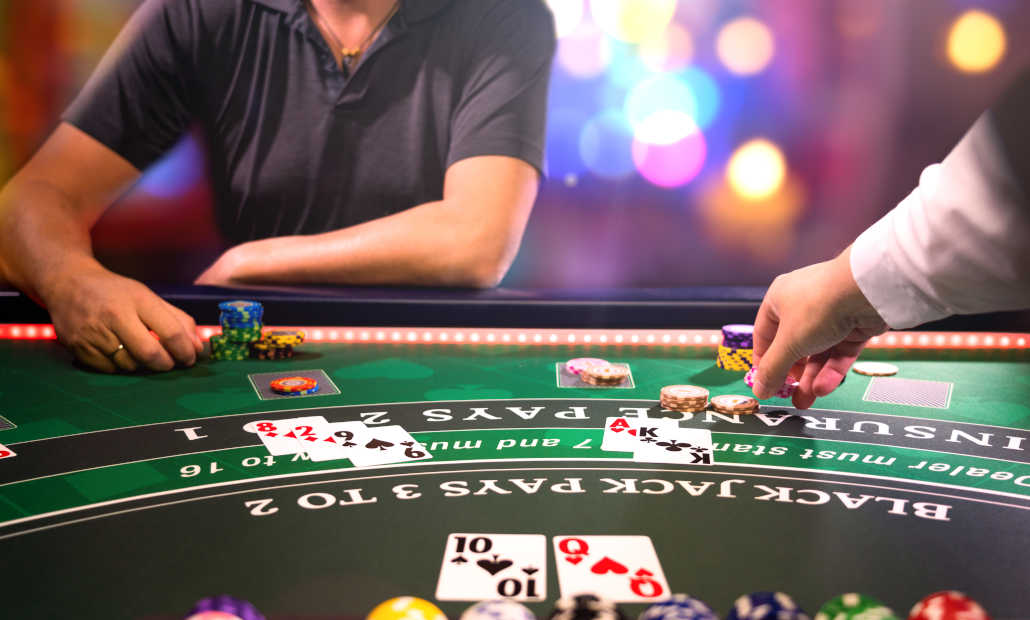 Just like you, the casino staff also found this very unusual and started to investigate. It turned out that Manning had help from an accomplice who was no other than the VIP manager who was taking care of Manning’s needs.

Manning and his accomplice used card singling and hacked into the casino security to gain an additional edge. After the management found out, Manning was banned from the casino.

The interesting thing is that Manning didn’t cash out his winnings before the casino caught up, and the casino decided not to press charges since no money exchanged hands.