The History of Craps From Early Days Until Today 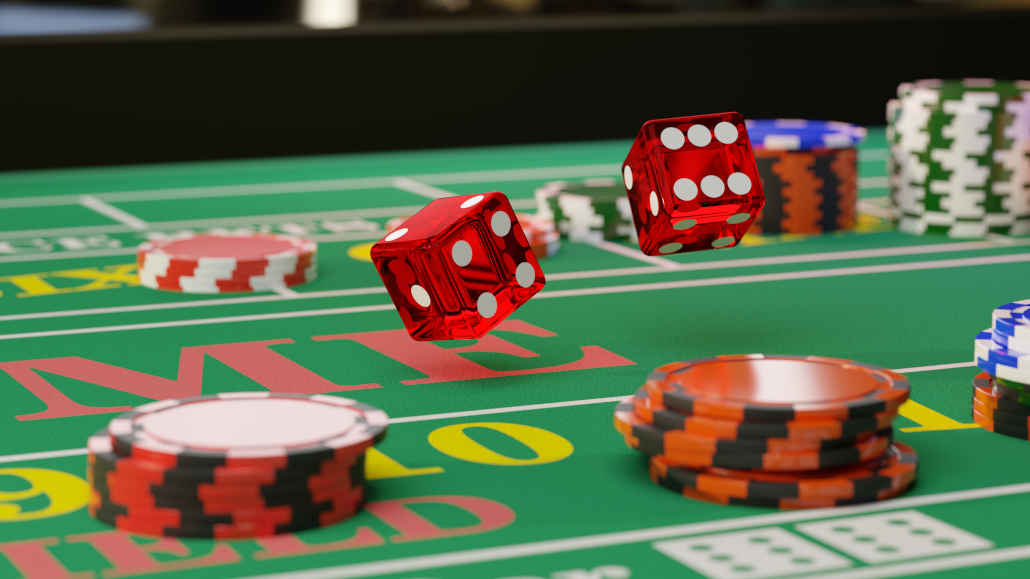 Craps is one of the classic casino games and is regarded as one of the oldest dice gambling games in history. It’s a fun and exciting game in which you wager on a probable outcome of a roll or several rolls.

It’s also one of the most challenging games available on gambling sites, as it has significantly evolved over the years to include a great variety of wagers and betting options.

If you want to learn more about how craps came about and how it developed over the centuries, go with us on this journey through the history books.

There’s no clear evidence of when the game of craps was invented. One of the most widely adopted theories is that may have come about sometimes during the Roman Empire.

At the time, soldiers in the Roman legions used to pass the time in camp by tossing pig knuckles on their shields.

As the theory goes, the soldiers would mark the shaved pig knuckles with numerals, similar to how we mark dice today.

The Middle Ages – Craps in England

Apart from the widely accepted theory that the Ancient Romans invented a precursor version of craps, many historians also believe that it originated in England during the Middle Ages.

This mainly relies on the fact that the game is similar to hazard, another dice game that was very popular in Arabian countries during the Middle Ages. 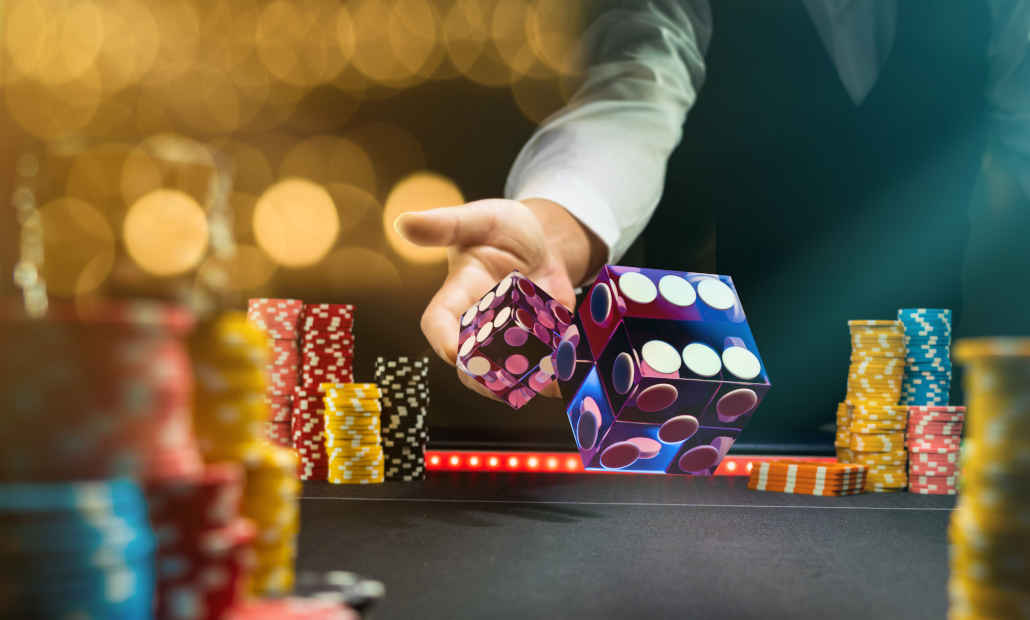 As English crusaders went to fight against these countries in the twelfth century, knights were introduced to hazard by the local population. It’s said that William of Tyre and his soldiers then refined the game and brought it back to England.

The game spread across the country in the following few centuries, when during the wars with France, English soldiers introduced the game to the local population. Up until then, the game was still known as hazard.

The French called the game “crapaud”, which translates to toad. They called it this because the players crouched like toads when rolling the dice.

During the 16th and 17th centuries, craps found its way into the homes of the upper class and was no longer a game enjoyed only by soldiers and peasants. It became a favorite pastime for many noblemen, as craps games were considered social events at the time.

The Late 18th and Early 19th Century – Coming to America

It’s not exactly clear when the game of craps first arrived to the US, but the broad consensus is that it was around the beginning of the 19th century.

As the French had a significant impact on shaping the country’s culture, especially in Louisiana, French immigrants were the first to introduce the game to the local US population.

It’s believed that the first variation of modern craps was invented by the African American population in New Orleans. At the time in the country, the game was primarily played in underground games throughout the city.

Since the game was nowhere near regulated, experienced craps players and gambling operators at the time often used loaded dice to take advantage of unsuspecting players. Others used different dice roll control cheating techniques that would give them the edge.

By the last years of the 19th century, craps was among the most popular games in the country. This was mainly because of the approachability of the game. Everyone could play craps, anywhere. All you needed was a pair of dice and a small playing surface.

At the beginning of the 20th century, American inventor and dice manufactory owner, John H. Winn, rose to prominence by introducing new elements into the game.

He added “don’t pass line bet” into the layout as well as other gameplay features, earning him the nickname “The father of modern craps.”

Although the game was very popular in the US already, it was still played mainly in underground casinos and riverboats, up until the first regulated gambling houses in the 1930s. 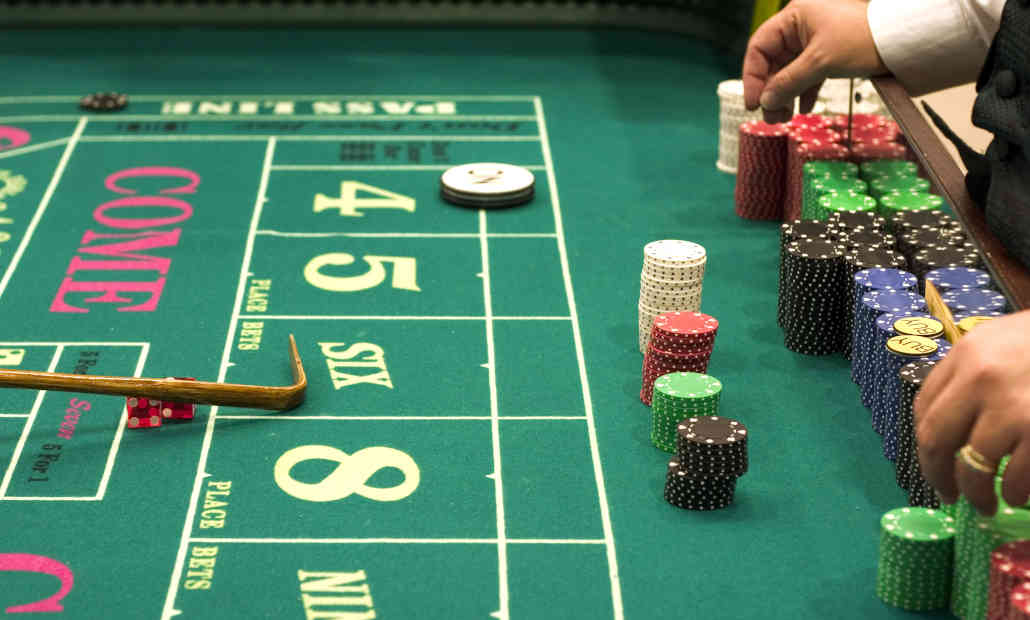 After prohibition ended in the US, craps were one of the most popular games in the first big casinos that started popping up in the country at the time.

During World War 2, US soldiers stationed across the globe often played the game, even with the local population. This contributed to an even wider worldwide popularization of craps. After WW2, craps became a regularly featured game in casinos all over the world.

In the second half of the 20th century, craps continued its steady growth in popularity and didn’t change in any significant way. It became a player-favorite in many Las Vegas casinos and was featured in countless gambling movies. This includes the iconic Diamonds are Forever film, starring Sean Connery as 007.

As you could see from the turbulent and exciting origin of craps that spans thousands of years, this game mainly found its way to new regions during war times, as it was always a popular game among soldiers.

That said, with the invention of the Internet, the game found a new and accessible way of spreading to every corner of the world.

With online casinos gaining popularity in the late 1990s and early 2000s, craps enthusiasts could now enjoy their favorite dice game over the Internet, from anywhere and anytime they want to.

Online craps games have certainly played a big role in reaffirming the game’s popularity across the globe.

In the past ten years, the emergence of live casino craps games brought online playing to a completely different level. Streamed live from the game provider’s studios, live craps offer the real casino experience without any of the annoying or inconvenient aspects.

There’s still a real dealer you can communicate with while playing, but instead of you rolling the dice, a machine does it for you.