Most people don’t remember what they did on May 23rd, 2009. But, Patricia Demauro is guaranteed to remember that day for the rest of her life. On this fateful day, she set the craps world record for the longest roll ever.

If you’re trying to guess how long she rolled for and how many times she rolled, let’s just say right away, you’ll likely be way off.

This is because this longest craps roll in history far surpassed the previous record. A record that, by the way, stood for twenty long years.

So, how did Patricia Demauro break the craps world record? Was it beginner’s luck or something more? Here’s a full story of the longest and most impressive craps roll in the history of gambling.

When a craps player rolls a seven, they “seven out” and the player next to them becomes the shooter.

With 36 possible outcomes for every craps role, six of them combine to make a value that adds up to seven. To put it into percentages, there’s a 16.6% probability of rolling a seven on every roll.

So, managing to stay the shooter for several consecutive rolls is a solid achievement on its own. But, on May 23rd, 2009, Patricia remained the shooter for more than a couple of craps rolls.

In fact, she decisively broke the record for the longest crap roll in history by rolling an unbelievable 154 times in a row, including rolling 25 passes.

This feat took her precisely four hours and 18 minutes to achieve.

All of this becomes even more unbelievable when you know that Patricia was a relatively new player without too much experience at the craps table. But, she certainly went all out and made everyone at the Borgata in Atlantic City remember her.

Patricia was far from a serious gambler. She liked to try out her luck occasionally and never wagered any substantial amount of money.

On that occasion, she went to the Borgata with her friend and around $100 that she prepared to spend for that evening’s craps session. 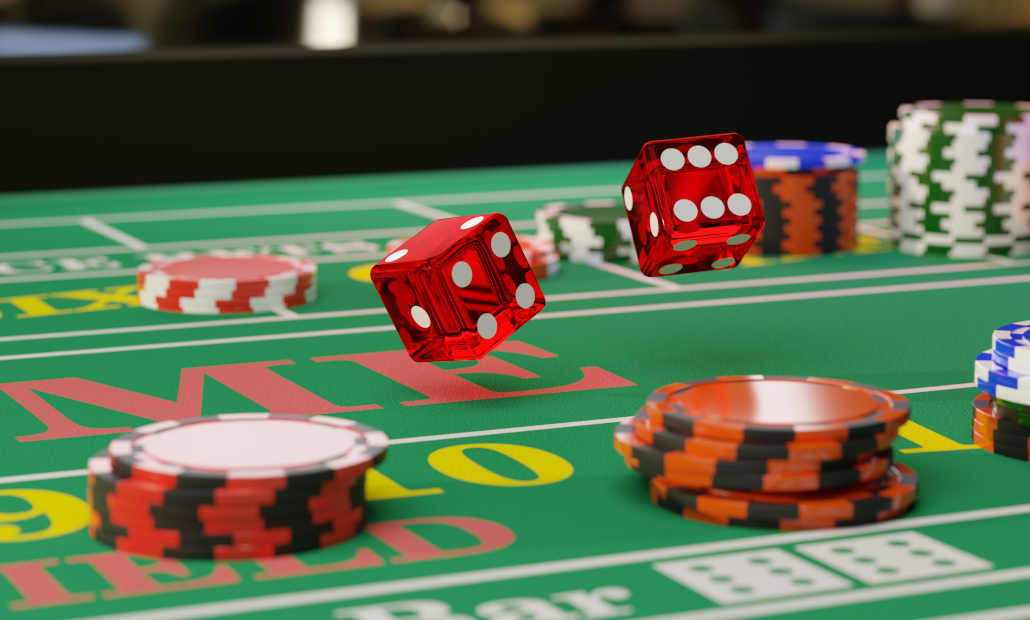 As she started, her first few rolls went by pretty quietly. But, as her rolling streak continued into the dozens, a larger crowd started circling the table.

By the end of her streak, everyone, especially the casino staff and security, was carefully observing her every move, watching in expectation how long she could keep her streak alive.

As she finally sevened out after her 154th roll, Patricia was congratulated by the huge crowd and presented with champagne from the Borgata staff. Deservedly so, as the chances of anyone reaching this many rolls were about 1 in 1.56 trillion.

How Much Did Patricia Demauro Win?

This is where we get into speculation, as there’s no reliable data that can precisely tell us how much money Patricia won for this once-in-a-lifetime run of good fortune.

Neither she nor the casino staff disclosed the amounts won during the longest roll in history. And, since well over ten years have passed from that win, we will probably never know the real numbers.

Even gambling experts can’t reach an agreement on how much she could have won. Some think that she only won around ten to twenty thousand dollars. Others go as far as to say that she went home with millions.

Most agree that she likely won between a hundred and two hundred thousand dollars.

Moreover, the players that were fortunate enough to find themselves at the table when Patricia was the shooter perhaps won even more. It’s estimated that all other players’ total winnings went well up into the millions by the 154th roll.

Was Patricia Demauro’s Result a Product of Luck or Something More?

With odds of reaching the 154th roll in craps topping 1 in 1.56 trillion, a more skeptical craps player might assume that there’s more in play than beginner’s luck.

After all, if you successfully roll 154 times without sevening out, does it still count as beginner’s luck that far in?

On the other hand, there’s no real skill or strategy Patricia could have utilized in a luck-based game that is craps. Not to mention that she wasn’t a proven prolific craps player or an experienced gambler prior to this once-in-a-lifetime achievement.

The most reasonable explanation for this phenomenon is that Patricia Demauro simply managed to ride the lucky side of the variance wave.

In other words, she was fortunate enough to have the distribution of variance on her side.

On a fairly small sample, theoretically, everything can happen. The odds can favor the player over the casino. Of course, this isn’t sustainable in the long run but allows for remarkable singular results like these.

Over a long period of time, the distribution of variance is not important, as everything evens out and aligns with the house edge.

Some players will record an above-average number of rolls, while others will seven out early. But, very rarely a lucky player will catch a hot streak and reap all of the benefits of the distribution of variance.

This is why we often hear examples of players winning huge amounts of money after playing at the casino for a very short time and spending next to nothing.

It might sound counterintuitive to some, but the more you play, the more you’ll probably lose. This is because you’re more likely to experience both the ups and downs of variance.

Patricia Demauro’s record-setting craps roll is undoubtedly the most impressive performance any gambler had at the craps table.

But, over the last hundred years or so, there hasn’t been a shortage of otherworldly rolls some craps players have been on.

To give a more historical context of Patricia Demauro’s achievement, it’s important to remember the legendary world record set before her achievement.

The year was 1989, and the hero of the day was Stanley Fujitake.

In the years before his 1989 Las Vegas vacation, Stanley had visited Sin City several times before. He enjoyed playing craps and had moderate success at the game.

But, in 1989, he set a craps record that stood for exactly two decades, before Patricia Demauro came along.

Stanley Fujitake simply loved playing the game and never chased any results. However, by the end of the now fabled session, he made sure that everyone, including himself, went home with their pockets full of cash.

He rolled the dice 118 times in a row without sevening out, an achievement most people at the time thought was impossible. In total, he spent exactly three hours and six minutes riding this hot streak.

On his 119th roll, Fujitake finally rolled a seven, the most likely number to appear in the game. His sensational streak started with a small $5 opening bet and ended with a total profit of over $30,000.

According to the staff of the California Hotel and Casino where Stanley Fujitake played this legendary game, the casino took a big hit that evening.

Patricia Demauro Reigning at the Top of the Platinum Arm Club

The craps community has several terms for those who can sustain a great run of rolls for a prolonged period. The original term, Golden Arm, was coined in 1989 when Stanley Fujitake set the record for the longest time rolling and the most consecutive rolls.

The Golden Arm title was used since then to refer to any player who has rolled dice for at least an hour without losing.

Since the introduction of this title, several hundred more players have managed to reach the one-hour mark.

Fujitake himself did so four more times after his initial craps record, although he never managed to get close to his best result.

Ten years later, the more prestigious Platinum Arm Club was formed to honor craps players who have rolled for at least 90 minutes at least two times.

Where is Patricia Demauro Today?

The day Patricia Demauro recorded 154 rolls will likely be remembered as the record-setting day for many years to come. Her result was widely celebrated in the casino, accompanied by big and shining lights and gallons of champagne.

But, after setting the record for the longest roll in craps, Patricia Demauro didn’t stay long in the spotlight.

Admittedly, she was already a grandma when she set this craps roll record, so she is probably just enjoying her retirement in the privacy of her family. 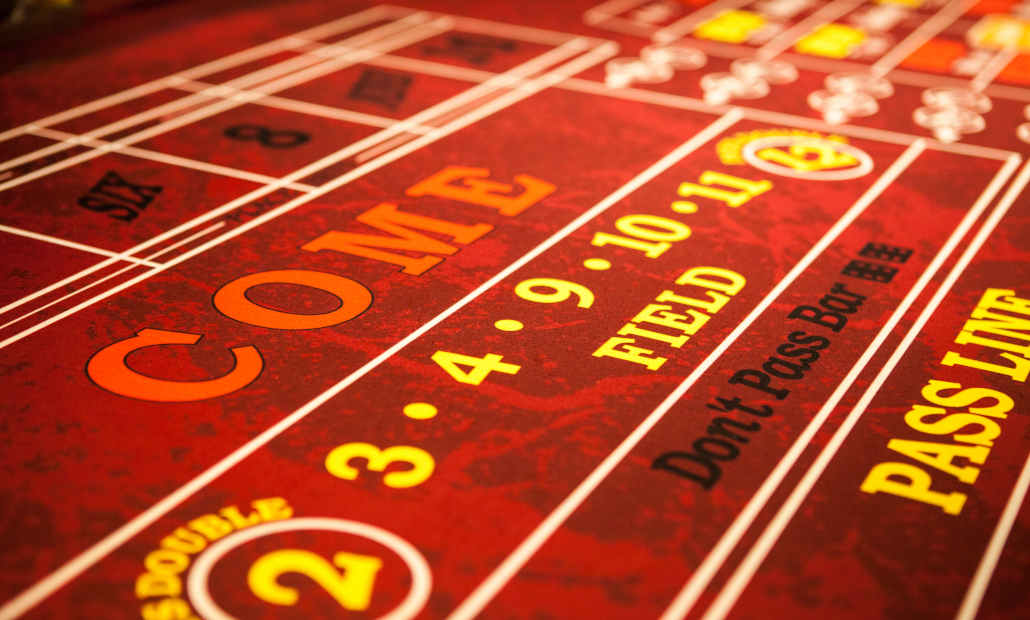 After her big win, Demauro promised to treat her friend, who was with her at the time of this achievement, with a celebratory dinner. She is also said to have taken her grandchildren on a family trip to Disney World.

But, perhaps the most fascinating part of her result is the fact that she left in style and never returned to the craps table. There’s no information that could point to Patricia Demauro ever rolling the craps dice after that historic evening.

Is It Possible to Control Your Rolls in Craps?

With craps being such a popular game, there are plentiful statistics that can help us get a better insight into how an average craps shooter performs.

Looking into the numbers, an average craps shooter only has about eight to nine rolls before their turn is over, and they have to hand the dice to a different player.

A lucky craps shooter might keep rolling for half an hour before sevening out. Rolls that last an hour or slightly over are impressive and rarely occur.

And, rolls like Fujita’s and Demauro’s happen once every few decades, or even less often

With this in mind and knowing that craps is a luck-based game, every ambitious craps player might pose a question – can you control your rolls and prolong your streak with controlled craps shooting? Here are a few tips that might help:

Complete craps dice control on every roll is theoretically impossible in a casino environment. Moreover, if the casino staff notices that you’re trying to control the dice rolls, they might warn you or even remove you from the game.

This is especially the case if you get on a hot streak and the house starts losing a lot of money.

Ultimately, recording an impressively long string of craps rolls is undoubtedly a result of pure luck rather than raw skill.

Patricia Demauro and anyone before her who achieved extraordinary results at the craps table did so simply because their stars were aligned during a particular session.

This isn’t to deny the impressive feat of rolling craps dice for hours. But, while it is something to be amazed by, it’s not something you should try to replicate. Craps is best enjoyed when you focus on the simplest bets and just let your luck guide you.

And, who knows, maybe you’ll get in such a hot streak where the current record doesn’t seem so impossible to catch up to?