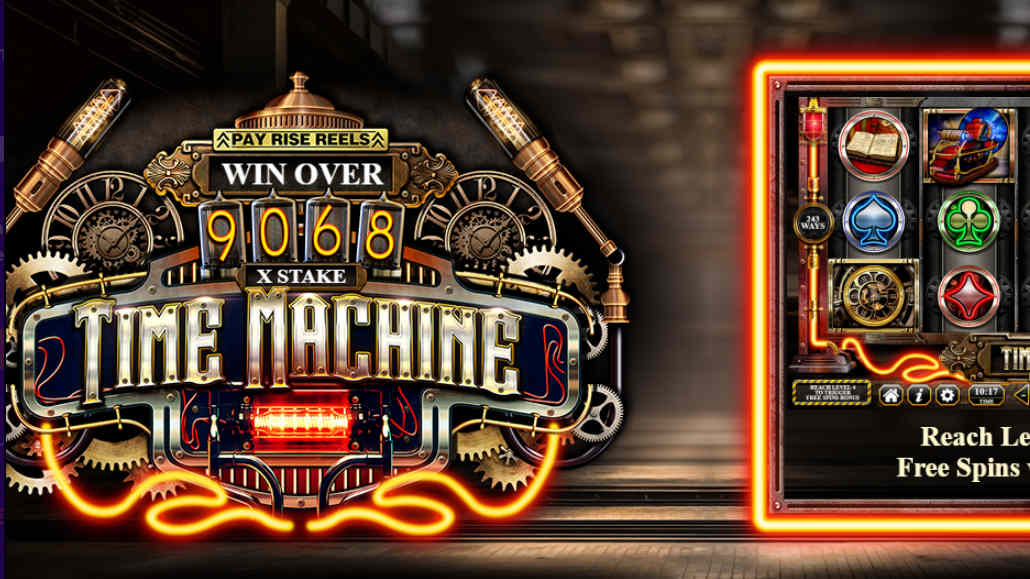 This newly released online slot is featured across the YGS Masters platform. The game is inspired by Nikola Tesla, steampunk, and Victorian England and these aspects come beautifully together.

The games features the innovative Pay-Rise bonus mechanic, 243 paylines and an incredible 16,807 ways to win.

Although Yggdrassil released Nikola Tesla’s Amazing Machine before, this newly released slot has different features and isn’t just themed on Tesla, but rather has a more steampunk vibe to it.

The dark and industrial look combined with high-end animations and a retro futuristic soundtrack, make this a truly remarkable new game..

Time Machine – Pay Rise Reels has an RTP of 95,50%, which is slightly lower than the industry average of 96%, a hit rate of 20% and low volatility.

The minimum bet is $0.20, whilst high-rollers can bet as high as $100 a spin. The game has built-in settings for loss and session limits and, of course, an auto-spin feature.

There are a total of 10 different symbols featured on the Time Machine slot, including a time machine carriage, an electricity generator, and a time machine logo.

The slot comes packed with bonus features like free spins and the new Pay Rise mechanic and players can win up to 726x their bet per spin.

Time Machine – Pay Rise Reels has a special and new bonus mechanic. This feature will expand the playing field during winning spins and award the player with a free re-spin. 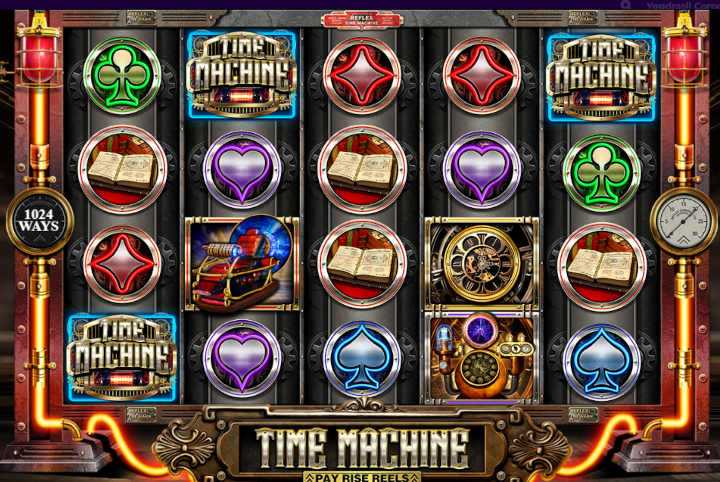 If you win a spin on the 5×3 grid for instance, you will get a free spin and the playing field will increase in size to 5×4, creating 1,024 ways to win. Once you lose a spin, the playing field reduces back to its regular size.

The newly released Yggdrasil & Reflex Gaming slot contains a bonus level, which is activated when the playing field reaches 5×7 in size.

The free spin mode is then triggered, where you get to spin the reels for free seven times. On this grid you have a massive 16,807 ways to win and the possibility to gain even more free spins if you get any +1 symbols to land on the playing field.

It is good to see Yggdrasil and Reflex Gaming have teamed up to create this new steampunk slot. Not only does this show us that Yggdrassil is still adding games to the YGS Masters platform, but also that they are actively developing new games with other casino software providers. Time Machine – Pay Rise Reels is now availabe at many leading online casino.