Best Roulette Numbers – What Are the Best Numbers to Bet On 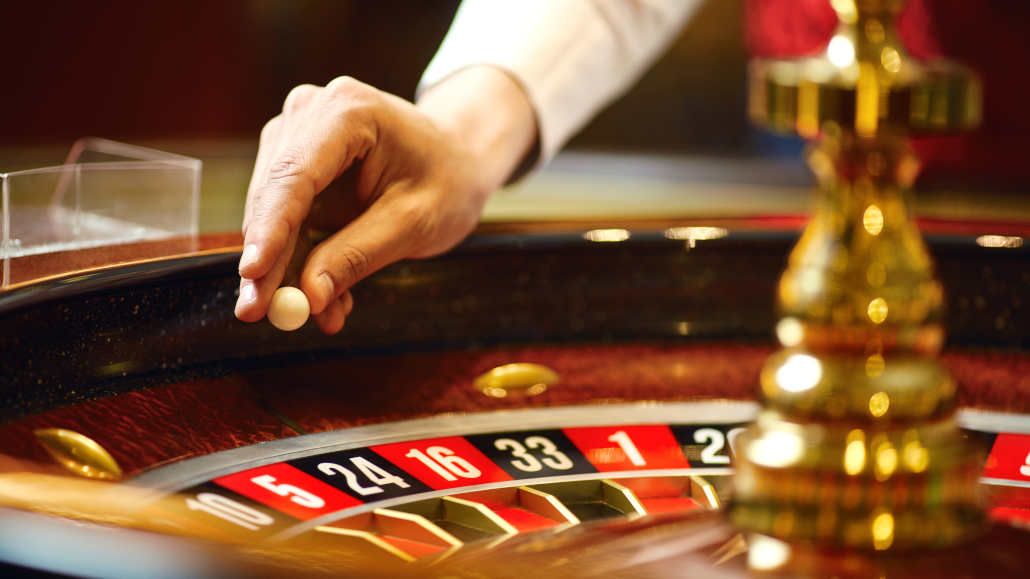 Roulette is one of the oldest casino games and has been played for hundreds of years. As one of the most popular games around, roulette is also the topic of many different theories, strategies and, inevitably, myths.

Speaking of the latter, some of the most prevailing myths are those revolving around lucky and unlucky numbers.

So, are there any numbers that are better than others and some that you should avoid betting on? If so, what are the best numbers in roulette?

On this page, we’ll discuss this and much more you need to know to win more often in roulette.

A Quick Overview of the Roulette Wheel

Before we go deeper into the roulette numbers, let’s first take a few seconds to quickly go over the layout and rules of the game.

Roulette is a very simple and straightforward game in which you can bet on anything from a single number to groups of a dozen or more numbers.

Depending on which roulette game you play, you’ll find a slightly differing layout.

More specifically, the European version has 37 numbers in total, going from 0 to 36. The American roulette version has one more number on the wheel, as it also features a 00.

The American version is also a worse choice and should be avoided if you have the option to, as it comes with a twice as high house edge compared to its European counterpart.

Roulette is a heavily chance-based game. There aren’t any decisions you can make to increase your winning chances.

While many roulette players might try to argue it, the only thing that matters in roulette is luck.

Still, your betting patterns can have an impact on your success long term. While you can’t predict or influence the number that will be called on the next spin, you can understand the game better and win more by choosing your numbers more carefully.

This brings us to the next key part.

What Are The Best Numbers to Play on Roulette?

Now that we’ve discussed a few basics, let’s move to the main part of this page. Are there any specific numbers that could generally be regarded as the best numbers to bet on roulette?

The reality is that there are no good or bad numbers in roulette. Every roulette player can have a few different roulette numbers that they like the most and consider the best. 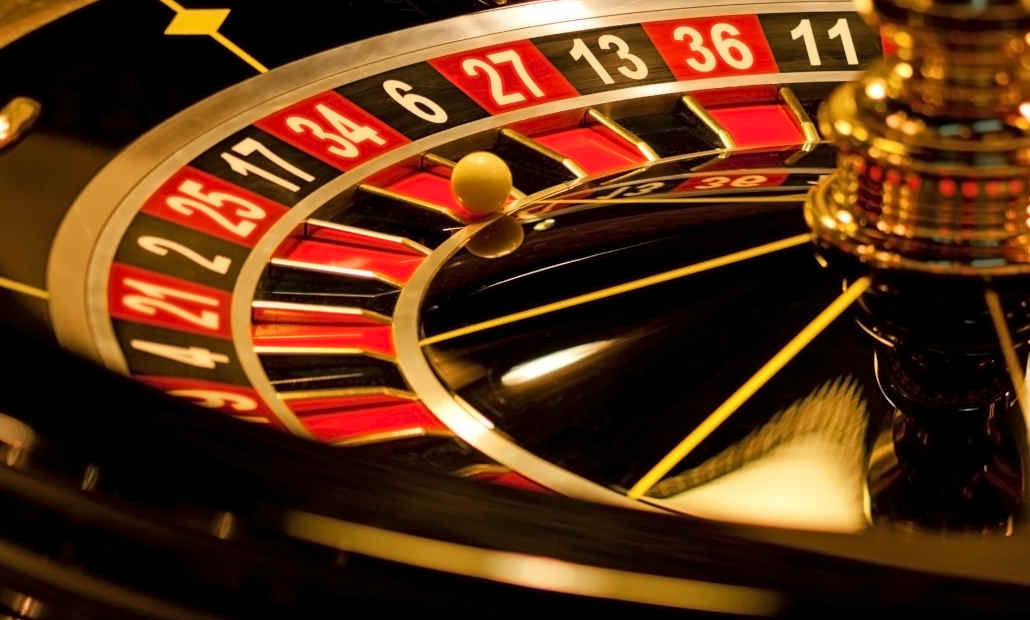 That said, over time, a few numbers have grown to become very popular for their perceived appearance of being the “best roulette numbers.”

For example, the numbers 7 and 17 are often considered the two best numbers in the game. Additionally, many roulette players take 23 and 24 as some of the best numbers you can bet on.

What Are Considered the Worst Numbers in Roulette?

So, if there are a few numbers that are considered better than most, are there also those that are poor choices and should be avoided?

Yes, a handful of numbers on the roulette wheel are considered inherently bad, and most players avoid betting on them.

This is peculiar for a luck-based game in which every player can hold a subjective perception that differs from what others might experience.

To go into the specifics of the “worst numbers in roulette,” numbers like 0, 3, 6, and 13 are all considered lousy.

On the other side of the roulette betting field, the number 34 is also considered a poor choice to bet on.

Can You Win Betting on Hot and Cold Numbers in Roulette?

In line with what we’ve previously discussed, let’s also address a prevailing superstition among many roulette players. Can you actually win more often by focusing on either cold or hot numbers?

Starting with the latter, betting on hot numbers involves placing bets on numbers that have recently come up.

The logic behind betting on hot numbers is that they might come up again soon, as they’ve already done so in previous spins.

There’s no precise rule on what is considered a hot number. But, most players consider a number to be hot if the ball has landed on it at least fifteen to twenty times in the previous 300 spins. 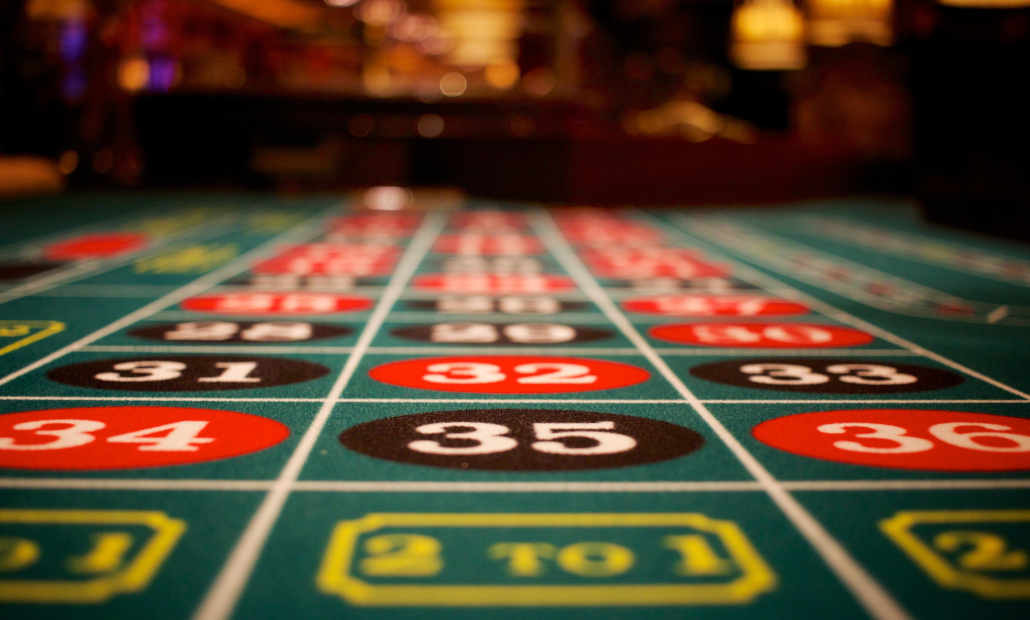 For example, there have been sixty spins and you’ve found that six numbers haven’t been called at all during that time.

You can place bets on one or all six of these numbers in the following spins, hoping the ball will land in your desired pocket.

That said, betting on cold numbers is arguably more complex than betting on hot ones. This is because you have to pay attention more closely and follow more numbers.

Additionally, it’s important to remember that the roulette wheel is on an endless cycle of spins.

So, no matter when you’ve jumped in, any number has been hot or cold at some point in the past.

In the grand scheme of things, it’s impossible to tell which number will get hot or cold and when it will happen.

There’s no underlying mathematical effort that’s proven to be effective for choosing the best roulette numbers. That said, over the years, we’ve seen many strategies crop up among gamblers. 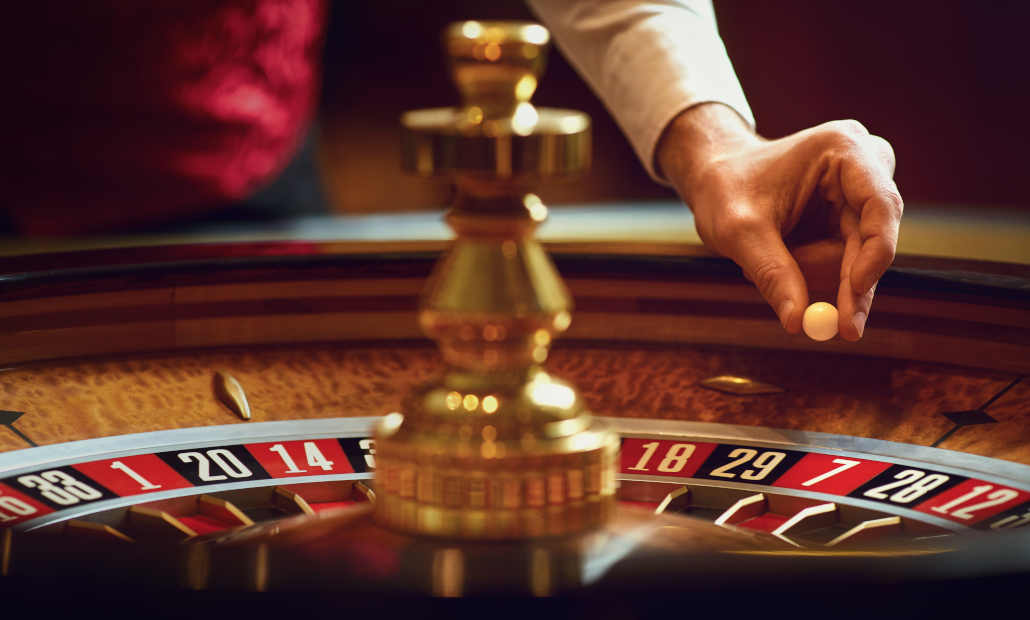 Here are some of the most interesting and popular strategies and tips you can focus on to win more often in roulette:

You might notice that a few numbers come up more often during your session and decide to take advantage of this. If so, it’s worth pursuing this for a number of spins to see if it pays out.

But, you shouldn’t chase these numbers blindly for dozens of spins. As everything is entirely random, there’s no explanation why some numbers come up more often from time to time.

Trying to chase these numbers, especially if you have a limited bankroll, will most likely only end up costing you all of your money before the number is called.

Play With a Plan

An underrated tip for winning more at roulette is to always bet with a plan. This means that you should know how much you’re prepared to spend and have a dedicated bankroll for the game.

Know how risky you want your bets to be and play accordingly.

Additionally, playing with a plan includes knowing when to stop. Being a profitable roulette player isn’t only about winning a higher percentage of your bets. It also requires knowing when to minimize your losses.

There are countless betting strategies online. From popular choices like the Martingale system to the D’Alembert strategy, you’ll find many options guiding you on how to utilize your bankroll.

While these can be a good addition and help you win more often, it’s important to never forget the purpose they serve.

Roulette betting strategies only aim to help you be more efficient with your bets in the long run. You shouldn’t overthink them or heavily emphasize them over other parts of the experience.

Stick to What You Know

At the end of the day, this simple roulette tip can be more effective than previous ones in helping you win more often.

Roulette offers you tons of possible betting options. This is great on its own but can sometimes have a negative effect on beginners, who can get overwhelmed with options. 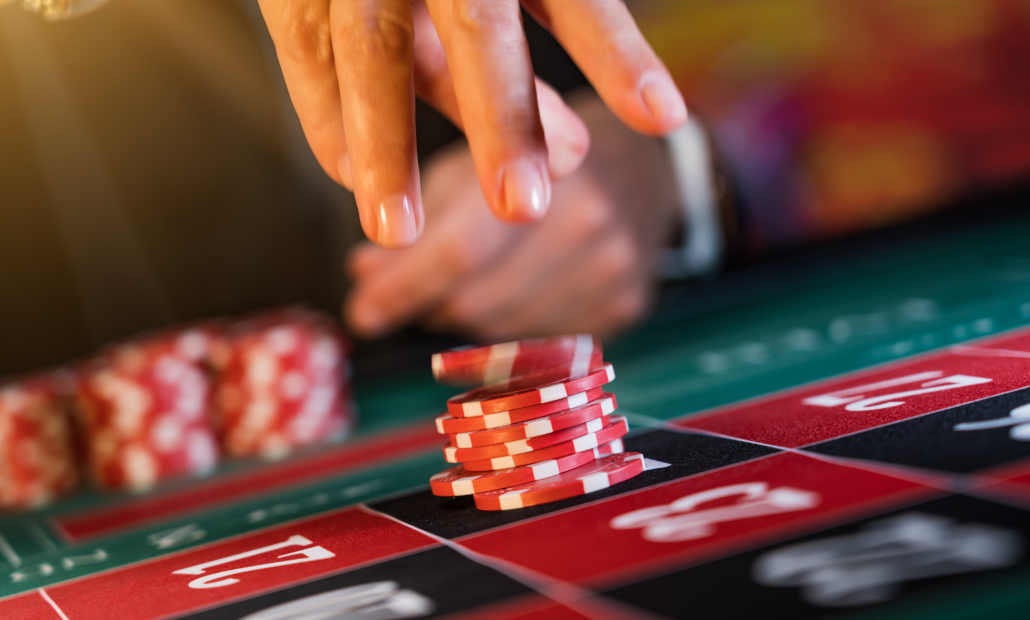 The best rule of thumb an inexperienced player can follow is to stick with the simple inside bets. This doesn’t have to involve only betting on one number.

You can make split bets, corner and line bets, and more. That way, you can cover more numbers per bet, and increase your winning chances for the cost of slightly lowering your potential payouts.

RNG – Mythbuster of the Best Roulette Numbers When Playing Online

If you primarily like playing roulette on online casino sites, there’s one element that you have to factor in at all times. This is the RNG (Random Number Generator) feature.

This software uses algorithms to generate long strings of random numbers, running millions of combinations in a short time span.

This produces the winning number for the next spin and makes it impossible to predict the outcome.

More importantly, it makes it impossible to say that the game particularly favors certain numbers or has a bias against “cold” numbers.

Of course, even when playing a roulette game with a live croupier at the table, the game is still completely random.

Every spin can end with the ball landing in any of the 37 or 38 pockets. So, every outcome is still entirely random, and you need to have Lady Luck by your side to win

To summarize this page, it’s essential to leave you off by mentioning that each number on the roulette wheel has the same chance of coming up as the winning one.

Regardless if a number has been called multiple times over a certain period or hasn’t been called at all, it still has a 37:1 chance on every spin.

Lastly, as a roulette player, you should be able to know when to change your tactics and when to stop entirely. 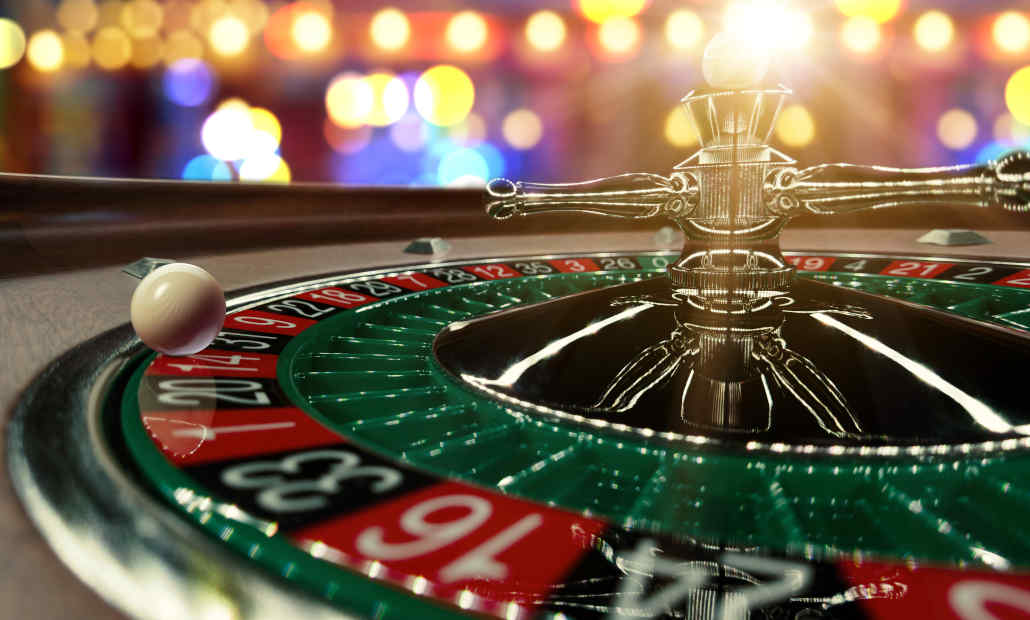 There’s always a chance that betting on hot or cold numbers works in your case. But, should you force a bet on one number repeatedly simply because you believe it’s destined to come? Of course not!

Use the information we’ve shared above to your advantage. Experiment with strategies and find one that works best for you. But, don’t fall for the gambler’s fallacy and know when to quit.

It might not sound glamorous, but with responsible betting habits and a sound bankroll plan, you are certainly set to win more often in the game.

What is the best number on roulette?

Most roulette players believe that the best number to bet on is the number 17. Although there’s no scientific explanation for this, 17 is generally considered to be a lucky number.

Moreover, from a roulette player’s perspective, 17 is placed at the center of the roulette betting board.

What roulette number should I avoid betting on?

The number 13 black pocket is considered the worst number in roulette. This primarily comes from the general belief of the number 13 being an unlucky number.

Can you predict a roulette number?

No, unless you notice an inherent flaw in the game in the form of a wheel bias, or if you see the croupier cheating, there’s no way to reliably predict an upcoming roulette number.

This is just another myth that gamblers want to believe in when trying to focus on anything that could give them a boost in the game.

How many roulette numbers should I bet on per spin?

The answer is different for every player. If you want potentially bigger returns, you should play fewer numbers.

On the other hand, if you want to play it safe, you can bet on more numbers. That way, you get smaller returns but will have less risk.

Of course, if you bet on all of the numbers, you’re only guaranteed to lose money over time due to the house edge. So, it’s crucial to find a balance that best suits your bankroll and affinity for risk.