Fruit Machines History – What Made Original Slots So Popular? 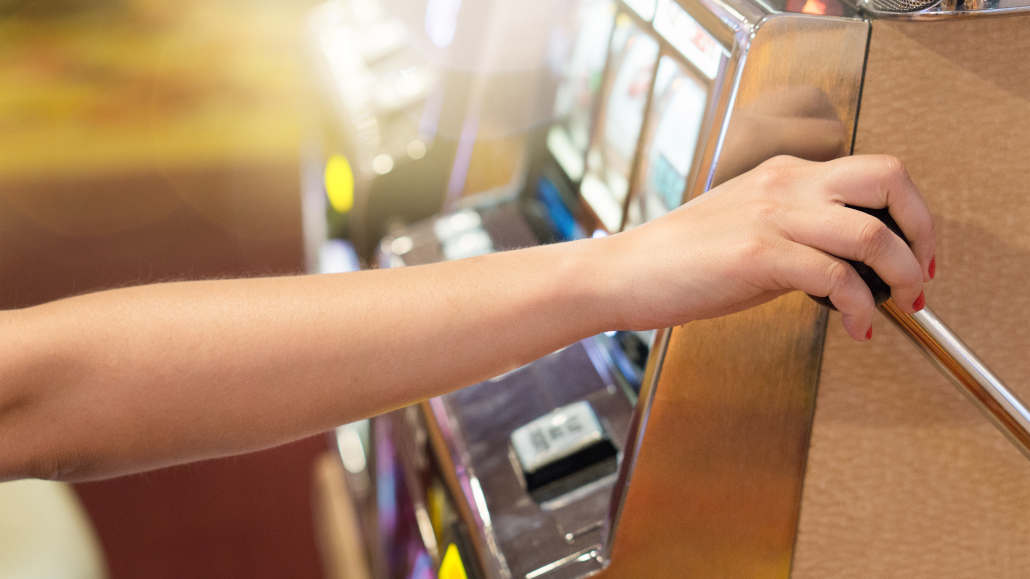 Fruit Machines History – What Made Original Slots So Popular?

Fruit machines are a variation of slot games and are fairly popular in the UK. That said, just a few decades ago, fruit machines were insanely popular across this country and were available in casinos and many pubs across England, Wales, Scotland, and Northern Ireland.

So, what made these casino and pub fruit machines so popular back in the day? Moreover, what led to the decline of this incredibly prevalent genre?

In this article, we’ll go over the turbulent history of fruit machines to see how they became popular and the events and innovations that led to their downfall.

What Made Original Slots so Popular?

Ever since the introduction of the first fruity machine, these games have captivated players. Especially in the early days, these original slot machines were adored among pub visitors and casino gamblers.

Here are just a few reasons why fruit machines were so popular and why some casino enthusiasts still enjoy playing them:

The Important Distinction Between Fruits and Slots

Many casual gambling enthusiasts mix up fruit machines and slot machines or consider them the same.

However, while these two types of games are very similar, there are some key distinctions between them. 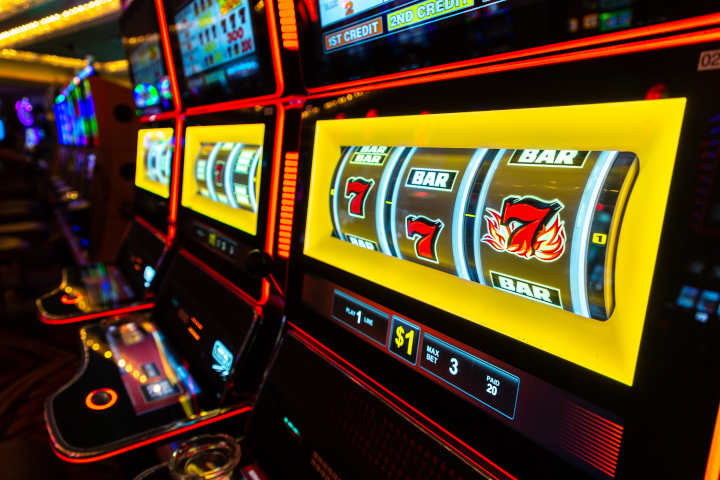 The introduction of fruit machines is partly due because of the unique gambling landscape of the UK casino industry in the 20th century.

More precisely, this distinction is clearly visible through two additional features that exist in UK fruit machines. These are:

It’s safe to say that these two gameplay options certainly don’t require the same level of skill and strategy as poker does, for example.

But, they still make a luck-based game a bit more skill-based. And, as history proved, these two gameplay features were enough to help legalize an entire genre in a country with a heavy gambling culture.

A Detailed History of Fruit Machines

Unlike casino games like blackjack and poker that were popular from their early days and remained at the top of the industry for decades and centuries, fruit machines had a turbulent history.

Once at the top of the world, nowadays, these games are only enjoyed by a small percentage of gamblers who appreciate simple and classic gambling games.

Before we go deeper into the history of fruit machines, we should highlight that this history mostly revolves around these games in the UK.

This is because fruit machines in the UK differ from the similar one-armed bandits you could find at the largest casinos in the US and worldwide.

Due to the specificity of the British gambling law throughout the 20th century, fruit machines in the UK had to involve a certain element of skill. 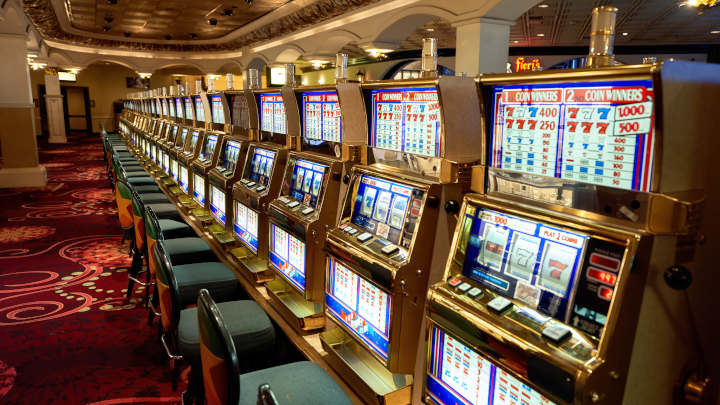 This wasn’t the case in the US, as fruit games and slots could still be entirely luck-based without any element of skill.

So, with this distinction in mind, let’s take a walk through the halls of history, starting with the first steps of fruit machines, which occurred well over a hundred years ago.

It’s widely accepted that the first fruit machine that was ever invented was the Liberty Bell machine. This was in San Francisco in 1895.

It was a simple and crude game, but one that served as the blueprint for many more to come soon after.

At the time, this fruit machine didn’t pay out any money. Instead, it paid in candy and cigarettes. Soon after, money payouts were introduced. Not much later, other famous classic slots like Operator Bell and Lion Head came out.

However, due to the restrictive government, Prohibition, and other events in the early 20th century in the US, gambling for real money was prohibited for the first few decades.

The situation was similar in the UK, as this country also introduced laws and regulations that hindered the wider popularization of these games.

However, game developers in the UK came up with a genius plan to still offer players the options to play slot machines in accordance with the restrictive gambling laws. 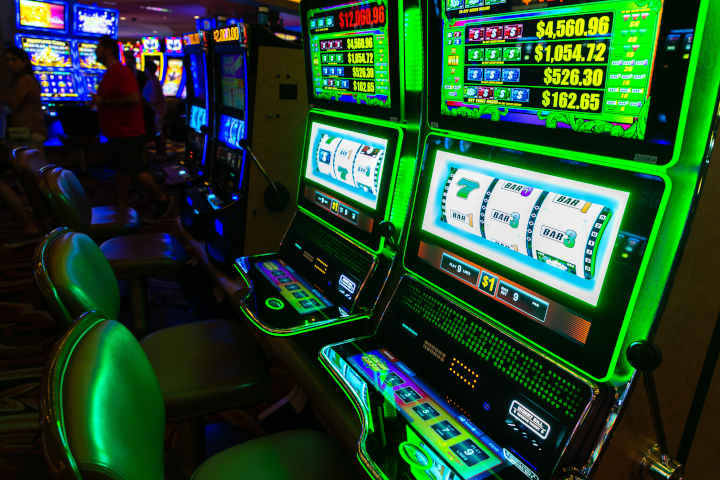 They introduced the “hold” and “nudge” options that we’ve mentioned before. This added a skill-based element to fruit machines and technically made them legal in the country from then on.

From the 1950s to the late 1980s, fruit machines experienced the height of their popularity. Gaming technology still wasn’t very advanced at the time and there was no real alternative in the UK.

So, these games were a very popular attraction in casinos and pubs across the country. And, during these decades, the standard fruit machine format didn’t change at all. The games were still mechanical like they were in the early days.

During the 1960s and the 1970s, it was hard to walk into a pub in the UK and not run into a fruit machine. Everyone and their dog were into fruit machines, vigorously spinning the reels in the hopes of landing the most valuable combinations.

On the other side of the ocean, fruit machines were already almost pushed out of business by slot machines.

Slots were the bread and butter of old Las Vegas casinos during this era, helping build a gambling city that still reigns supreme in the entire world.

Still, with the US leading the gambling innovation in the 1980s with the new and popular video slot machines, UK players were swooned by the emergence of this genre and slowly started playing classic fruit machines less and less.

All of this culminated with the advent of online gambling, which turned the entire industry upside down.

The 1990s Onwards and Transition to Online Gambling

Although fruit machines were already on a steady decline by the early 1990s, the invention of the first online casinos really pushed fruit machines over the top and made them a genre of the past.

As more and more players moved to the online gambling world and away from traditional land-based casinos, slot games quickly overtook classic fruit machines in terms of popularity.

Plus, as the gambling legislation in the UK slowly changed, there was no need for fruit machines to include a skill element like nudge and hold.

Because of this, casino game manufacturers shifted their attention back to standard luck-based slots. Still, fruit machines started to become available in online casinos.

Moreover, with the emergence of mobile gaming in the previous decade, fruit machines also moved to this platform.

However, the fruit games available online and in mobile casinos nowadays differ from the classic form. They are more similar to slots than ever and appeal to a whole new demographic of players.

Are There Any Fruities Left Today?

It’s no secret that every person gets nostalgic from time to time. Even gamblers aren’t immune to this feeling when it comes to their favorite gambling games.

For those who do get this feeling, is there anything that they can do or anywhere to go to enjoy classic fruit machines similar to those in the olden days? 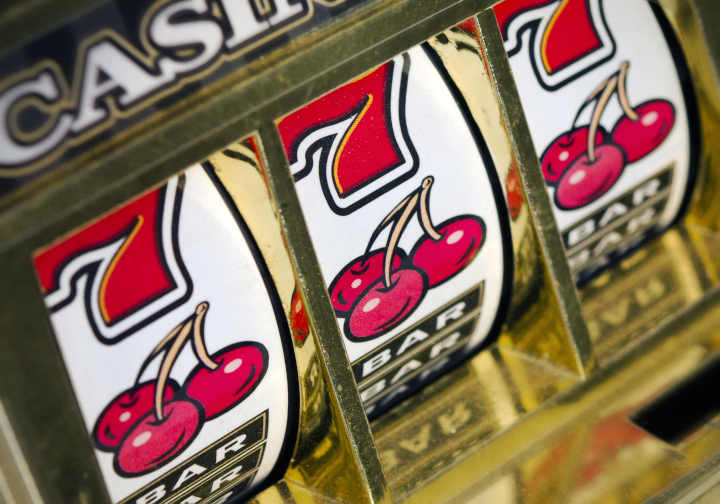 While it’s apparent that fruit machines aren’t abundantly available as they were in the middle of the 20th century, there still is a solid selection of these games around.

But, it’s also important to remember that most modern fruit machines will likely significantly differ from the machines from a few decades ago.

The most noticeable difference is that modern fruit machines are very similar to modern video slot games.

If you play a modern fruit machine, you won’t actually be spinning any mechanical reels. Instead, you’ll just see the virtual symbols line up on your screen. Admittedly, this isn’t the same feeling traditional fruities could provide

Modern fruit machines that you can find in the UK and some other places around the globe often contain more detailed animations, better-looking symbols, and tons of visual features.

Gameplay-wise, they also offer more content, most notably features like free spins, scatter symbols, wild symbols, and other characteristics you would expect in most modern slot machines.

Considering all of this, we can say that classic fruit machines have become a rarity. They have been mostly assimilated into the slot game market.

And, while they do still offer features that make them distinct from slots, they’ve also implemented many traits of modern games to stay competitive in the current market.

What Does The Future of Fruit Machines Look Like?

After covering the origin, height, and downfall of fruit machines, what can we say about the future of these fun and simplistic games?

The truth is that it’s hard to predict. The gambling industry, especially the online one, is evolving at such a pace that there’s no telling how the games we’ll play a few decades from now will look like.

However, we can say one thing for sure. While fruit machines might never regain the popularity they had at their height, they will still hold a special place in the industry.

There will always be experienced gamblers that appreciate simple, three-reel games with a handful of paylines.

You can still find fruit machines in some pubs across England, Scotland, Wales, and Northern Ireland. Even some casinos across the UK and some other regions worldwide feature these games.

So, if you ever get a chance to put in a few spins os such a machine, trust us that the traditional feel will be well worth doing so.

Are there fruit slot machines for sale in the UK?

Yes, you can easily find replicas of classic slot machines on many sites in the UK. What’s more, with a bit of research, it’s even possible to dig out original fruit machines that were actually used by players in casinos and pubs in the last century.

These originals certainly cost more than the replicas but carry great historical value for gamblers.

No, fruit machines are completely random and fair to play, much like any other casino game. That said, older mechanical fruit machines don’t have very favorable RTP percentages, as the house edge is much higher than it is in modern slot games.

So, if you’re aiming for the best return for your money, you should ideally play slots and only play classic fruit machines for fun and small bets.

Do fruit machines have bonus rounds and jackpots?

If we’re talking about traditional standard fruit machines, then no, there aren’t any bonus rounds, jackpots, or free spins bonuses you can get.

You just play for the predetermined payouts you get based on the value of your combination. But, if we’re talking about modern electronica fruit machines, you can find many bonuses similar to those available in slot games.