After being forced to adopt a hybrid tournament program in 2020 because of the pandemic, the WSOP Main Event finally returned in real style in September 2021.

Fortunately, this continued in 2022 as well, in which WSOP is organized at Bally’s and Paris, Las Vegas, for the first time, lasting from May 31st to July 20th.

This year’s WSOP features a whopping 88 bracelets up for grabs. Of course, the main attraction of the 53rd edition of this event is the $10,000 No-Limit Hold’em Main Event.

So, why is this event the most prestigious one on the WSOP tournament schedule and the dream of millions of poker players worldwide?

On this page, we’ll do a detailed overview of the WSOP Main Event and cover everything you should know about the biggest tournament in poker.

The History of the WSOP Main Event

The WSOP Main Event has existed since the first WSOP tournament was held in 1970. That said, during its first couple of years, the Main Event didn’t exist in the form that we recognize it today.

The inaugural 1970 WSOP Main Event was an unusual tournament, to say the least.

It was an invitational game in which the winner was determined by a vote from the other players. This competition only had seven participants, with Johnny Moss winning.

This year saw even fewer entrants than the first one, with only six players participating in the Main Event. Johnny Moss won the title again.

In 1972, the buy-in rules changed again. The $10,000 buy-in was introduced for the WSOP Main Event, which still stands to this day. Over the years, the number of Main Event entrants slowly increased.

However, since poker still wasn’t nearly as popular as it is today, the WSOP Main Event was mainly reserved for professional poker players and gamblers with deeper pockets.

Although the number of WSOP Main Event participants increased each year, no one could have expected that it would explode as it did in the early 2000s.

After Chris Moneymaker’s win in 2003, the number of Main Event participants increased astronomically. From 839 players in 2003, it went to 2,576 in 2004. But, this trend only continued in the following years.

Why Is Winning the Main Event the Supreme Poker Achievement?

The Main Event is the highlight of every WSOP. This competition tests the skills, endurance, and patience of every poker player.

To use an analogy from a different sport, if WSOP events are like the NBA season, the WSOP Main Event is nothing short of an NBA Finals series. 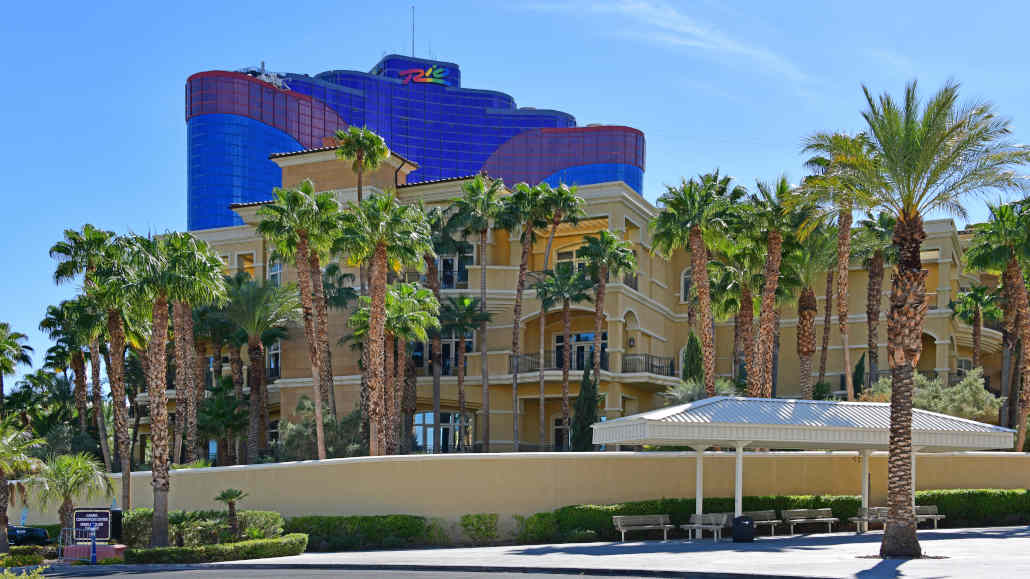 With that in mind, it’s easy to understand why the winner of the Main Event each year is considered the year’s world poker champion.

The title is up for grabs to anyone, and it’s impossible to know who will persevere and win the bracelet in the end.

The prestige of winning a WSOP Main Event can’t be matched by any other poker title.

That said, the Main Event hasn’t been free of criticism from many poker professionals.

Along with him, many other players consider the $50,000 H.O.R.S.E. tournament a much better competition for determining who the world poker champion is.

This is because it requires broader general poker knowledge. But, the main downside of such a huge buy-in is that it prevents amateurs from signing up, restricting it only to the wealthy.

What Other Events Are There in WSOP?

As we’ve mentioned in the intro, the 2022 WSOP includes 88 bracelet events on the schedule, with the Main Event being just one of many competitions players can participate in.

The number of bracelets isn’t fixed each year but generally has an upwards tendency as time goes by.

This is excluding the events that are a part of the World Series of Poker Europe, as these are often hosted in a European hotel or casino separately from the core WSOP events in Vegas.

Looking at the tournament sheet for the most recent WSOP, players who traveled to Las Vegas for the 2022 iteration could pick from a very diverse selection of events.

On the opposite side of the scale, the $250,000 Super High Roller No-Limit Hold’em event is by far the most expensive one to participate in. It’s followed by a couple of events that have a $100,000 buy-in fee.

Do All WSOP Event Winners Get Bracelets?

Every player who wins a WSOP event gets a bracelet and a cash prize. For many years, the bracelets were identical across all events.

The championship bracelet has become synonymous with WSOP and is widely considered an iconic symbol of success among players.

But, in recent years, the Main Event bracelet gets a special design, usually from a well-known designer or with some special details that make it stand out from other WSOP bracelets. 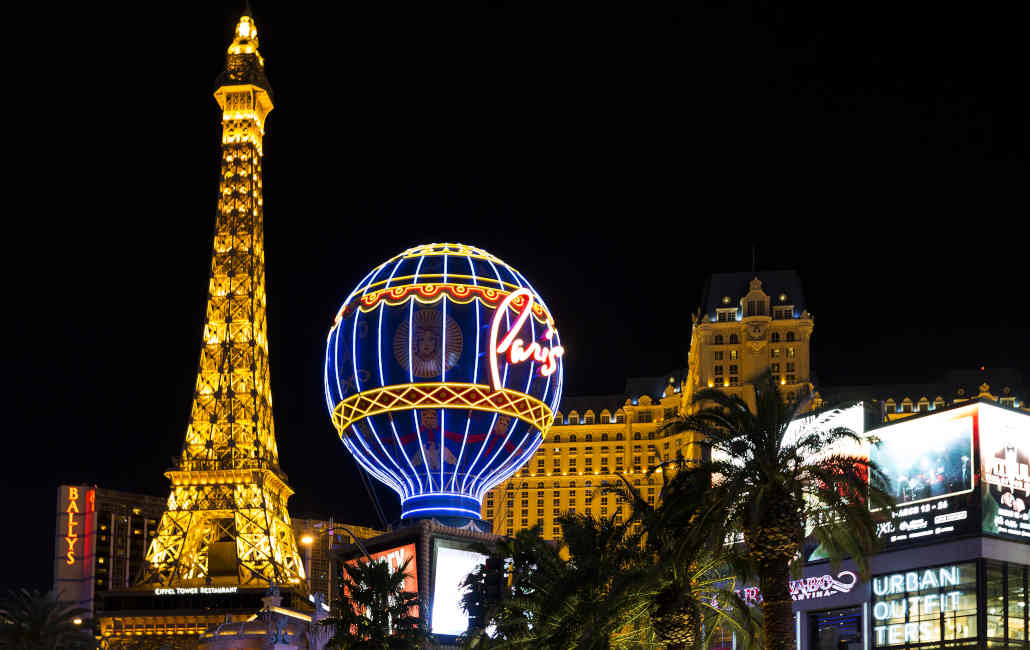 For example, WSOP hired Jason Arasheben, a famous jewelry designer, to design the WSOP bracelets for the 2012 WSOP tournament.

The Main Event bracelet featured the four poker card suits with black diamonds for clubs and spades, and rubies for hearts and diamonds.

The Main Event bracelet was also super-heavy, weighing 160 grams. This is because it was made of 14 karat gold and 35 carats of flawless diamonds.

Over the years, we’ve seen many great players win the WSOP Main Event, along with a few underdogs who we never expected to claim first place.

But, some players were skilled and lucky enough to grab such momentous wins at the Main Event that they cemented their place in history. Here are the ten biggest Main Event winners in the history of the competition:

Over the decades, the WSOP Main Event delivered some of the most memorable moments in the history of poker tournaments.

One of the older ones not many younger poker players know of was Jack Straus’s comeback at the 1982 event.

In the early stages of the tournament, Jack Straus thought he had lost all of his chips and that he was eliminated.

At the final table, he defeated several famous poker players, including the legendary Doyle Brunson.

Both qualified for the Main Event through online satellite tournaments at PokerStars, only to go on and beat everyone on their way to becoming WSOP Main Event bracelet owners. 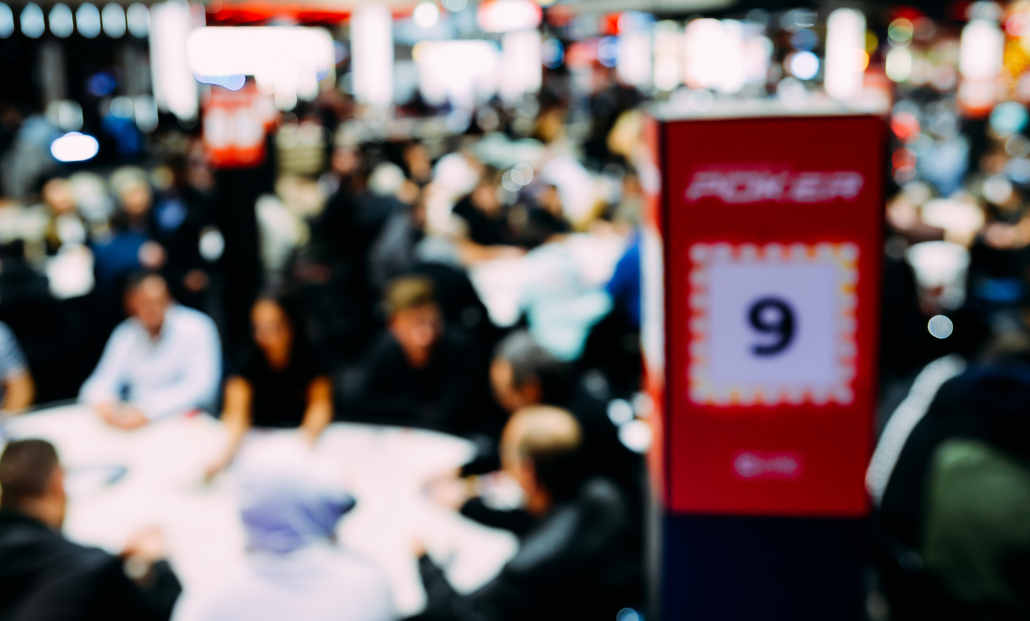 Lastly, the 2007 Main Event Winner Jerry Yang only played poker for two years before signing up and winning over $8 million and a bracelet.

Many of these stories show the excitement and unpredictability of Main Event competitions and motivate so many poker fans to sign up year after year.

Can You Watch The WSOP Main Event Live?

The WSOP Main Event is the most popular event in the tournament among the general poker audience, so you’ll have no problem finding a live stream of the competition.

WSOP has an official partnership with CBS, which has been the traditional broadcaster for the better part of the tournament’s existence.

So, you can easily find great coverage if you have CBS. That said, if you live outside of the US or don’t have CBS, you can watch it on the PokerGO website.

This site reached an agreement with CBS to obtain television broadcasts, allowing easy access for viewers all around the world.

How much can you win as a WSOP Main Event winner?

The prize pool for each WSOP main event changes depending on how many event participants there are that year.

For example, the 2006 WSOP Main Event had nearly nine thousand participants, so the winning player, Jamie Gold, went home with a $12 million prize.

Can anyone enter the WSOP Main Event?

Yes, every poker player is allowed to participate in the WSOP Main Event. The only conditions are that they are at least 21 years old and have enough money to buy in or have obtained a place through a satellite tournament.

This aspect of WSOP Main Events brings a lot of excitement, as you never know who can come up the ranks and surprise everyone to win the event.

We’ve seen many such examples over the years, with anonymous players facing famous pros at the final table and sometimes even beating them!

How much money do you need to enter the WSOP Main Event?

Another important rule of the WSOP Main Event is that there are no re-buys allowed.

This is an equalizer that guarantees the same winning chance to those who can afford many re-buys and those who only scraped enough to buy into the WSOP Main Event. That way, richer poker players don’t have an advantage in this sense.

Who has the most WSOP Main Event bracelets?

Moreover, Chan and Brunson are the only two poker players to win their WSOP Main Event bracelets in consecutive years.

When talking about the most WSOP bracelets in general, then the legendary Poker Brat, Phil Hellmuth, headlines the list with 16 WSOP bracelets in total. Doyle Brunson, Johnny Chan, and Phil Ivey share second place with 10 bracelets each.

Where is the WSOP Main Event Held?

Up until 2005, the WSOP Main Event was held at Binion’s Horseshoe casino. That year, it was moved to the Rio All Suite Hotel and Casino. In 2022, the event was moved from Rio to Bally’s Las Vegas and Paris Las Vegas casinos.

Can you get a seat for the WSOP Main Event through satellite tournaments?

Yes, it’s possible to get a seat for the Main Event by participating in satellite tournaments. These competitions are a great way to get a chance to play in the tournament if you don’t have $10,000.

Usually, these satellite tournaments are played online, and the winner gets an entry to the Main Event.